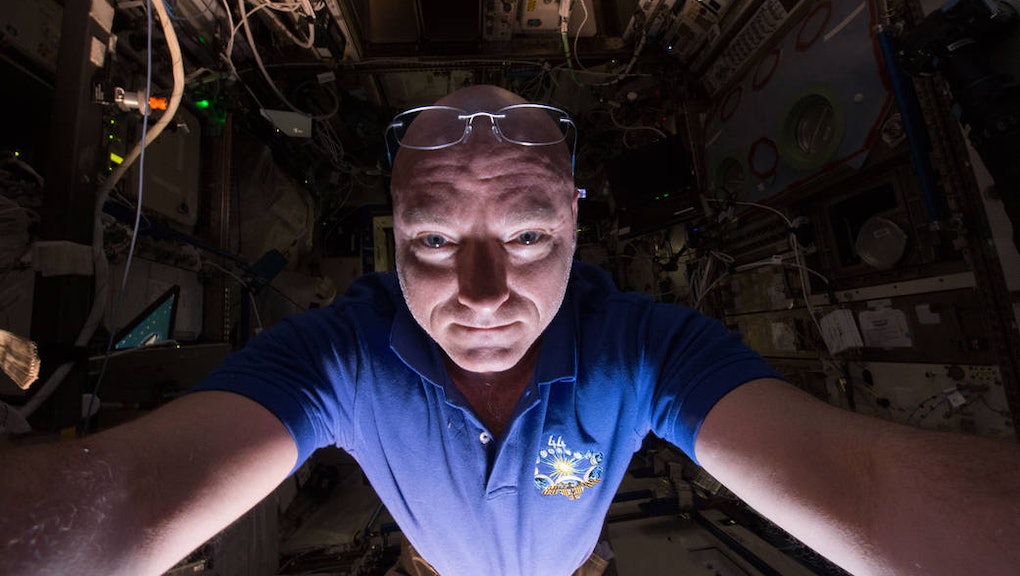 After 340 days on the International Space Station, Scott Kelly grew 2 inches taller than his twin brother who spent the time on Earth, CNBC reports.

Gaining a couple inches is pretty common among astronauts who spend a significant amount of time in space. That's because the microgravity environment allows room for their vertebrae to expand. Here's how NASA explains it:

Once astronauts get back to Earth, their spine eventually shrinks back down to its original length. This phenomenon doesn't happen anywhere else in the body because no other bones are as stretchable and compressible as the spine, according to NASA scientists.

Kelly landed on Tuesday (in Eastern time), so his spine has likely already compressed back down to its original length. So Kelly's height change isn't permanent, but there's another bizarre change that will be. After 340 days in space, he aged a few milliseconds slower than he would have on Earth.

At 250 miles above Earth, the ISS doesn't have a lot of gravity acting on it, so you might expect time to pass faster. But it's also moving incredibly fast around the Earth. It's traveling at about 17,150 mph. It turns out that the speed time dilation effect outweighs the gravity time dilation effect, so astronauts end up aging just a fraction of a second slower than people on Earth.

Kelly was born about 6 minutes after his brother Mark. So now he's 6 minutes and 10 milliseconds younger.