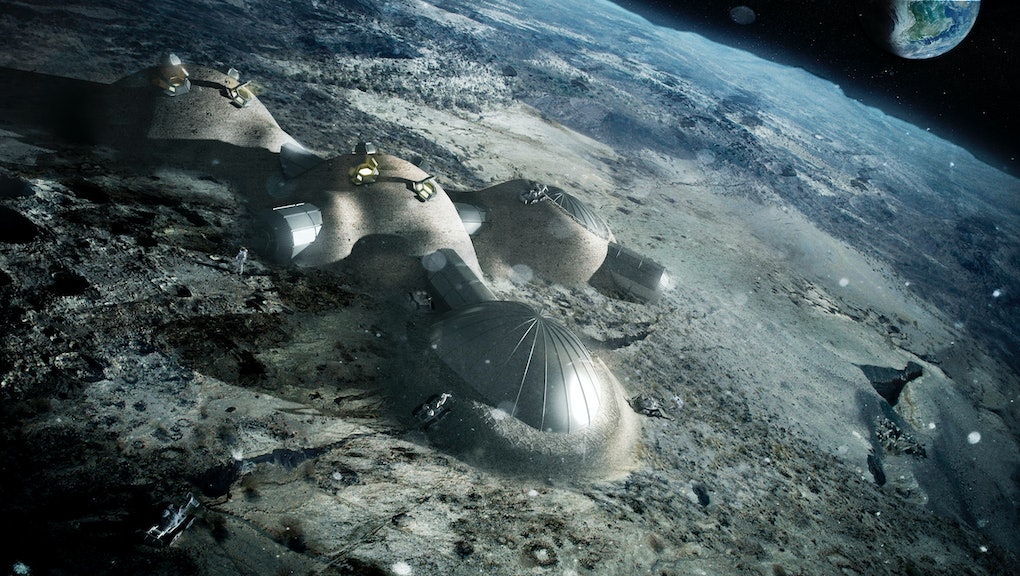 Europe Is Planning a Moon Village Full of Robot Workers

While NASA has its sights set on Mars, the European Space Agency is looking a little closer to home.

Starting in the 2020s, ESA wants to send humans back to the moon and use robots to build an international village at the lunar south pole. That village will serve as a base to launch longer missions to places like Mars, and might even serve as a tourist destination for commercial spaceflight companies.

ESA thinks we can use robots controlled by telepresence to build the infrastructure of the village, and we could use the resources that are already on the moon to do it. Robots could use lunar soil to build shelter walls, according to a video from ESA. Lunar soil mixed with magnesium oxide and salt could be used to 3-D print materials.

Once the infrastructure is in place, we could send astronauts. The whole village could be up and running by the 2030s.

The lunar South Pole was chosen as a potential location because we could use the frozen water there to create oxygen and rocket fuel for spacecraft that fly in for a pit stop.

A natural stepping stone to Mars: Like NASA, ESA eventually wants to get to Mars. But unlike NASA, ESA sees the moon as a necessary and useful interim step.

"Yes, the Americans want to send astronauts to Mars one day, but today's technology isn't prepared for this trip yet," Jan Woerner, director general of ESA, said in a statement. "For example, we must develop countermeasures against the cosmic radiation that endangers the health of humans on long space trips. And we have to learn how to endure longer periods of time in space, not only in low orbit as on the Space Station. This is where our moon comes into play — it is the perfect stepping stone to Mars."

And a moon village is really in NASA's best interest. The consulting firm NexGen Space LLC estimates a lunar refueling village would reduce the cost of sending humans to Mars by as much as $10 billion.

NASA has already announced its interest in building a station in cis-lunar space, or the area around the moon, but it's unclear how involved in the moon village NASA will be.