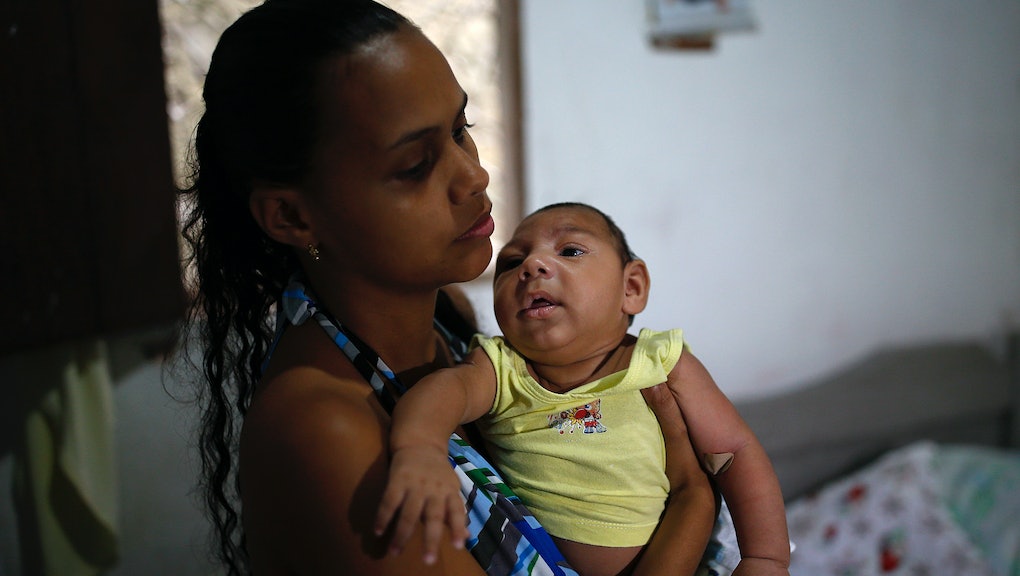 New experimental evidence shows the Zika virus infects a type of neural stem cell that gives rise to the cerebral cortex, according to research published today in the journal Cell Stem Cell.

The research does not directly prove the link between Zika and the birth defect microcephaly, where babies are born with an underdeveloped brain, but "it is experimental evidence that is consistent with that link," Hengli Tang, a researcher who worked on the study, told Mic.

It's an important first step in understanding the virus that has swept across Brazil and other parts of South America.

For the study, the researchers turned stem cells into a type of neural progenitor cell that gives rise to cortical neurons. Then they applied the Zika virus to the dishes of cells. Many of the infected neural progenitor cells became factories that bred more of the virus, which resulted in cell death or abnormal growth. The virus only had marginal effects on the regular stem cells of the neurons they grew into.

Cell culture experiments like this come with limitations. For example, a dish is a very different environment than that of an actual fetal brain. So we still need more case reports, stronger epidemiological links and clinical findings to know for sure that Zika causes microcephaly, Tang told Mic. And there are also still a lot of unanswered questions, like how the virus gets into the nervous system of a fetus.

The researchers are working on several followup studies that will try to answer "what does [the virus] do, how does it do it and how do we stop it," Tang said.

"Mostly, the study provides a system for further studying the potential link," Tang told Mic. "I think there's some interesting biology to follow up on, and the important thing is to get this information out as early as possible. There's a lack of information on these types of things right now."

This new research could be a big jumping-off point for further investigation.

"I think this is a big step in the right direction in terms of understanding the pathogenesis of Zika," Mark Schleiss, a professor of pediatrics at the University of Minnesota who was not involved in the study, said in a statement.

Tang said the team is already working on another collaboration to look for drug candidates that can block infection.