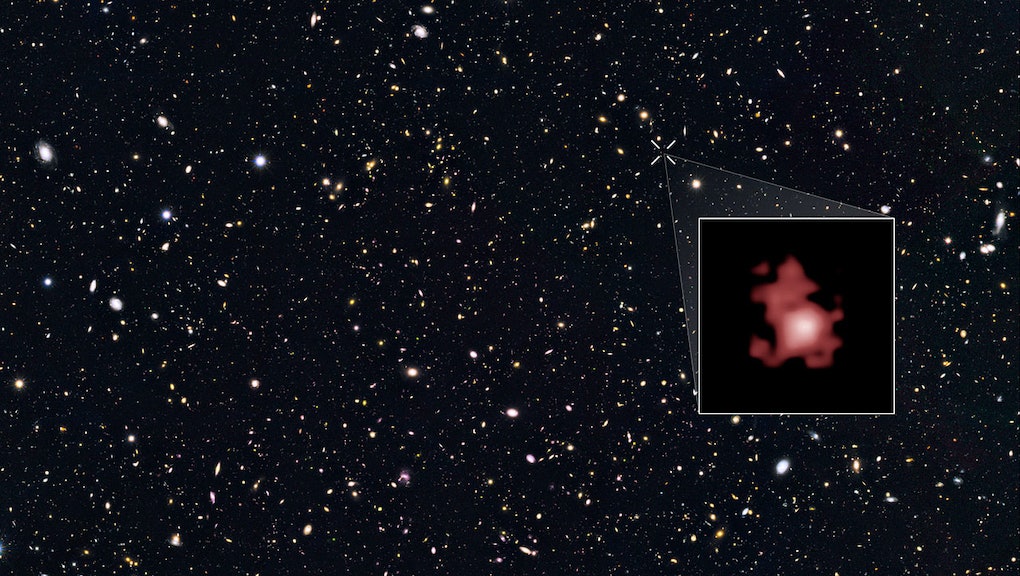 Hubble Spots Most Distant Galaxy Yet, Taking Us Farther Back in Time Than Ever Before

Astronomers just spotted the farthest galaxy we've ever seen — and the closest we've ever come to viewing the Big Bang.

This galaxy, called GN-z11, existed just 400 million years after the Big Bang — or 13.4 billion years ago. Hubble was able to pinpoint the galaxy's location by measuring the light it emitted.

"We've taken a major step back in time, beyond what we'd ever expected to be able to do with Hubble," Pascal Oesch, lead author of the new study, said in a statement. "We managed to look back in time to measure the distance to a galaxy when the universe was only 3% its current age."

This discovery beat the previous record by 150 million years.

GN-z11 is about 25 times smaller than the Milky Way and only has 1% of the mass of our galaxy's stars. But it's churning out bright new stars at an extremely fast rate. That's why Hubble was able to spot it from such a great distance.

Here you can see a video animation of where it's located:

One of the most interesting parts of the discovery is that previously astronomers believed that galaxies this bright and far away didn't exist.

"The discovery of GN-z11 showed us that our knowledge about the early universe is still very restricted," Ivo Labbe, an astronomer who also worked on the study, said in a statement. "How GN-z11 was created remains somewhat of a mystery for now."

When the James Webb Space Telescope launches in 2018, we'll be able to see even farther out into the universe than Hubble. The new distance record might be right around the corner.