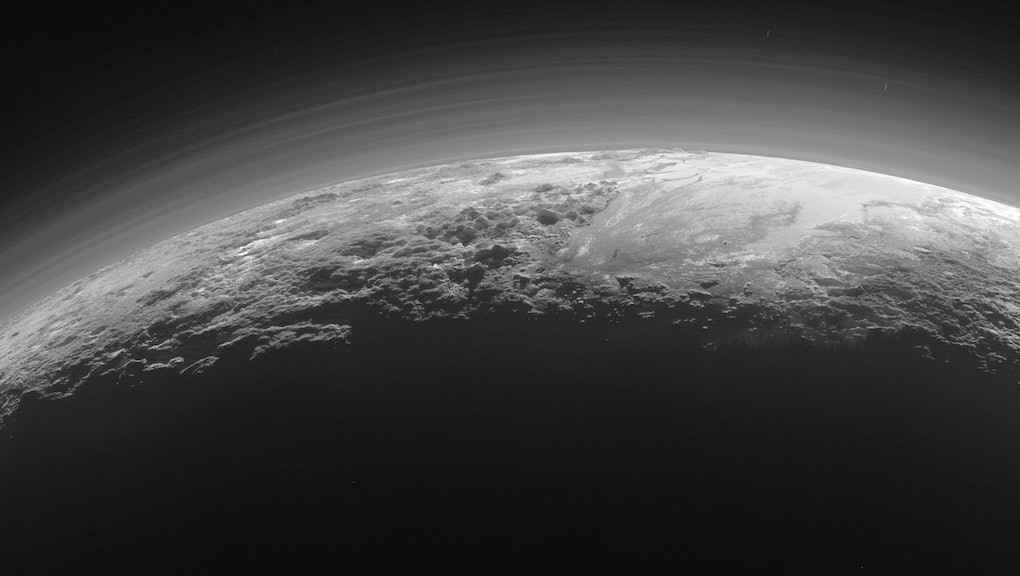 NASA's New Horizons spacecraft that flew past Pluto in July may have discovered clouds in the tiny planet's atmosphere, New Scientist reported.

New Horizons scientists first discussed the possibility of clouds on Pluto in a series of emails. In the email chain, Will Grundy, co-investigator for New Horizons, identified possible clouds on an image that was released publicly back in September.

You can see some of the possible clouds marked by an arrow and a circle:

What this means: If Pluto has clouds, it would mean its layered atmosphere is even more complex than scientists originally thought.

However, NASA has not publicly announced the possible discovery, suggesting that the scientists are still not certain about what the hazes and condensations in the atmosphere are.

"Pluto's atmosphere, including hazes, is complex, and our scientists are continuing to analyze and discuss incoming data as part of the normal science process," a spokesperson for NASA told Mic.

Pluto was demoted from planet to dwarf planet status in 2006 by the International Astronomical Union. But if the tiny planet has clouds and an elaborate weather system, it could bolster the arguments of those who want Pluto reinstated as a fully fledged planet.