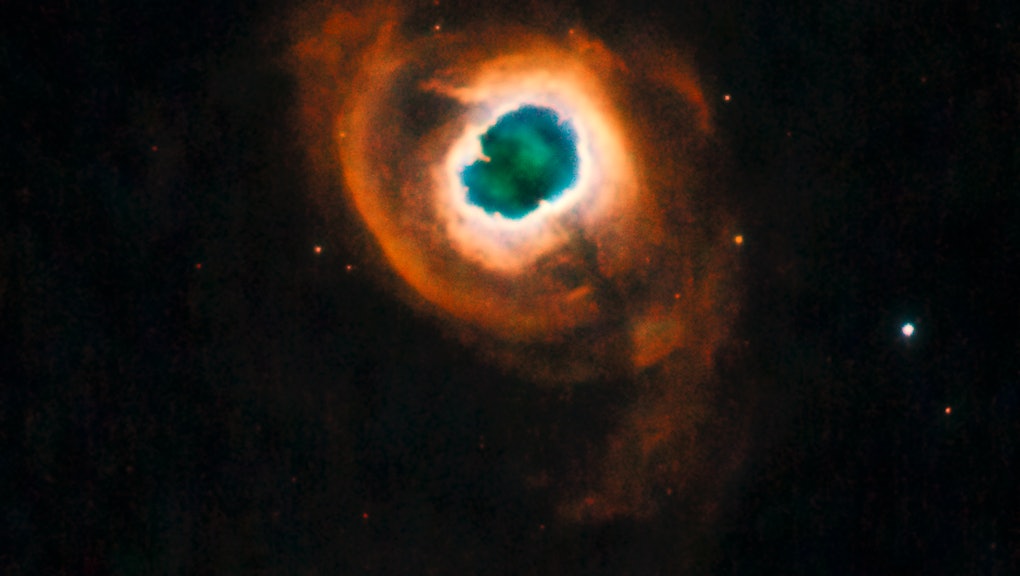 When our sun dies a projected 5 billion years from now, it might look something like this glowing celestial display, which was captured from 4,600 light-years away with the Hubble Space Telescope.

Stars like our sun appear so luminous because they're essentially nuclear fusion factories. Many convert hydrogen into helium inside their superheated cores. But as a star ages, its nuclear fusion eventually starts to fade and fizzle out, at which point the dying star begins to shed its outer layer of gases.

That's what's happening in the image below. The star itself is invisible at the center of the cloud of gas and dust, which is illuminated by UV light. The red corresponds to nitrogen gas, the green shows hydrogen and the blue shows oxygen:

Astronomers think our sun will meet a similar fate one day. It will shed its outer gas layers and eventually degrade into a white dwarf star.

The bad news is that Earth will likely get fried during the sun's transformation, according to the European Space Agency. If humans are still around in 5 billion years, hopefully we've settled on new planets or found a way to shield the planet from the intense heat.