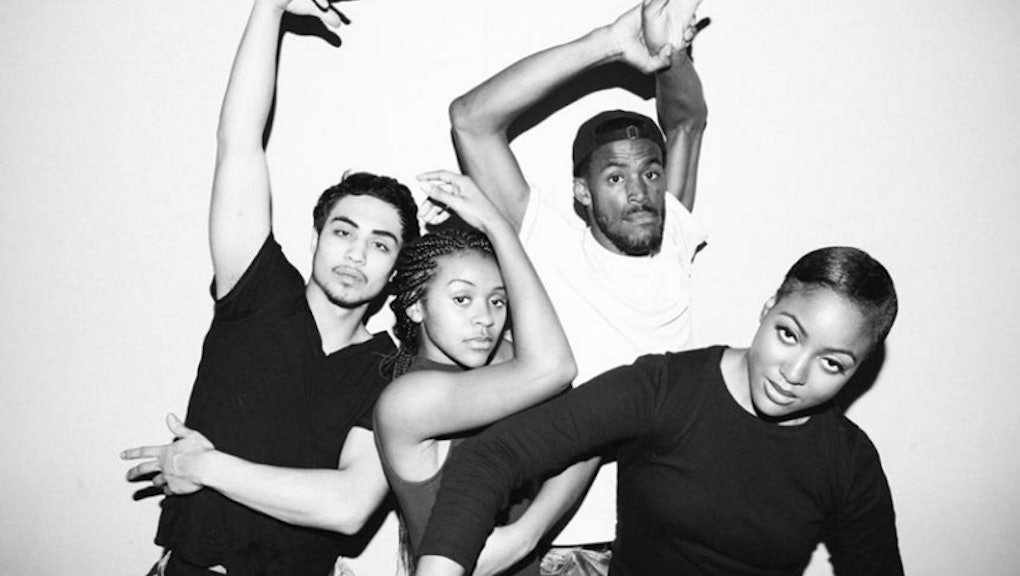 If there are two dance forms that seem to be total opposites of one another, it's turf and ballet dancing.

Turf dancing is an art form that was created by black youth in Oakland, and is characterized by quick, fluid movements.

Ballet is, well, a theatrical dance that tells a story about movement. It's been around for centuries and, though Misty Copeland recently made history for becoming the first African-American principal at the American Ballet Theatre, it is still predominantly white.

Ballet is known historically as a respected art form, but turf dancing has been recognized for its depth in recent years. For example, this dance crew's video went viral in 2009 after one of its members' brother was killed in East Oakland:

The group, Turf Feinz, is unaffiliated with Mud Water Project.

Bringing together these disparate forms of dance, Bay Area dancer My-Linh Le created the Mud Water Project, a fusion of street and classical dance that just wrapped up a series of performances in San Francisco. The group raised money on Kickstarter to bring together classically trained dancers with local talent to showcase similarities between the forms.

"In its original form as an idea it was supposed to be about the juxtaposition of ballet and turfing but after we really got into the process... it became more about the relationships than any sort of shallow comparisons," Le wrote to Mic in an email. "There were moments in the performance where you couldn't tell the ballet dancers apart from the turfers and that is what really blew my mind."

"For some, the two forms made for strange, but unique, bedfellows. "With ballet, it's so much grace, it's so much structure and form," one dancer told KQED, a Northern California public media outlet. "We glide with our sneakers on the concrete. We shred our shoes up to see who got more heart, who's more aggressive. It's like mixing fire and water."

For Le, the project also made an important statement. "It's really crazy how creative Americans are but how little support our society or our government is willing to provide to nourish that," she told Mic about the fundraising effort that proceeded the show.

"A lot of choreographers and directors are forced to ask their dancers to work for free [and] I refuse to be part of that so I won't even resume rehearsals until I've gathered enough funds to pay everyone for their time and efforts."