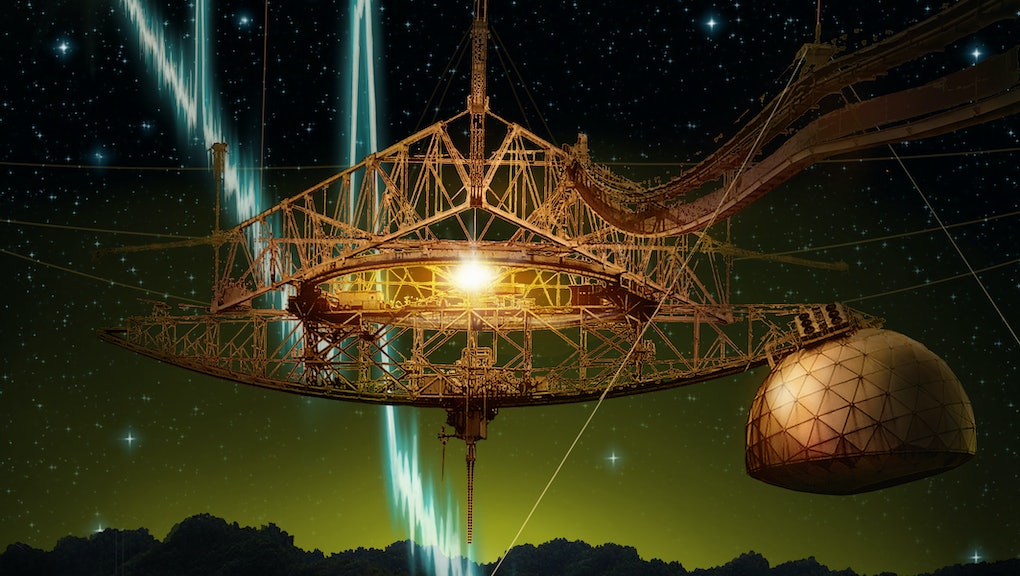 Astronomers have detected a series of mysterious bursts of radio waves coming from beyond the Milky Way.

These mysterious signals — called fast radio bursts, or FRBs — are difficult to detect because they last just a few milliseconds. We've only observed a handful of them since their discovery eight years ago.

Previously, astronomers thought FRBs were isolated signals that came from one-time explosions, such as the collision of two neutron stars. This new detection has thrown a wrench in that theory.

For the first time ever, a team of astronomers has detected multiple FRBs coming from a single source. They picked up the pings of 10 additional FRBs all coming from the same area of the cosmos that produced a single FRB back in 2014. The research is published in the journal Nature.

Where did they come from? It's unclear. But we know that whatever produced these repeating FRBs wasn't destroyed in the process, James Cordes, professor of astronomy at Cornell University, told Mic. Instead, they must have come from a more stable source.

"This might be a compact object like a neutron star or perhaps something more exotic like a cosmic string or a quark star," Cordes told Mic. "If I had to make a bet, I would favor a neutron star, because we know that they exist, there are many of them in the universe, and they tend to produce pulses at radio wavelengths."

Our understanding of FRBs is still in its infancy, and we'll need a lot more research and detections to figure out what really causes them.

"In our paper, we're showing that our FRB can't have an explosive origin," Shami Chatterjee, a researcher at Cornell, said in a statement. "So, either there's an odd coincidence, or maybe there are different types of FRBs. Either way, it seems we've broken this enigmatic phenomenon wide open."