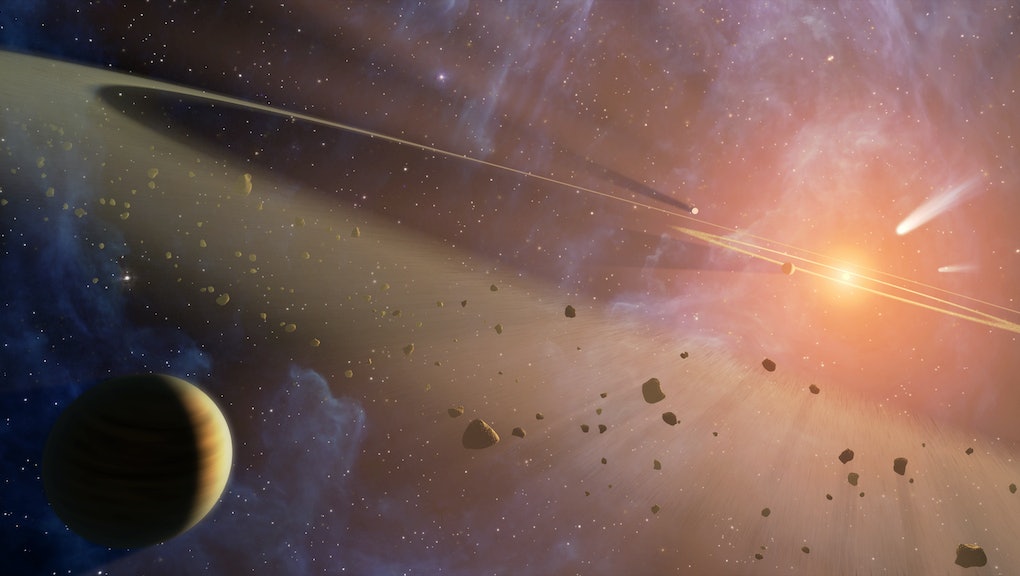 Here's How Close Earth Came to Colliding With Asteroid 2013 TX68

A 100-foot-wide asteroid called 2013 TX68 skimmed past Earth on Monday night after its orbital path brought it unusually close to ours.

Despite how close it appears to us in this graphic, don't worry — it was a safe distance away. NASA doesn't have a specific measurement yet, but in an earlier announcement the agency predicted it would pass about 3 million miles from us.

"There is still a chance that it could pass closer, but certainly no closer than 15,000 miles above Earth's surface," read the announcement from the NASA Jet Propulsion Laboratory.

"There is no concern whatsoever regarding this asteroid — unless you were interested in seeing it with a telescope," NASA's Center for Near-Earth Object Studies manager Paul Chodas said in the statement.

The real risk: Even though this particular asteroid didn't pose any threat, NASA is worried about all the other asteroids. There are 1,683 near-Earth asteroids flying around out there that NASA has labeled "potentially hazardous."

The agency is designing a mission to an asteroid where a robotic spacecraft will retrieve a boulder from the surface, and then tow the asteroid back toward Earth and put it into orbit around the moon.

Here's a video animation that shows how the mission might look:

This mission, called the Asteroid Redirect Mission, would demonstrate NASA's ability to protect the planet should a wayward asteroid ever head straight toward Earth.

NASA has identified four asteroids around Earth that might be suitable for the mission. Hopefully NASA can figure out how to redirect asteroids without nuking them or building giant laser arrays in space.