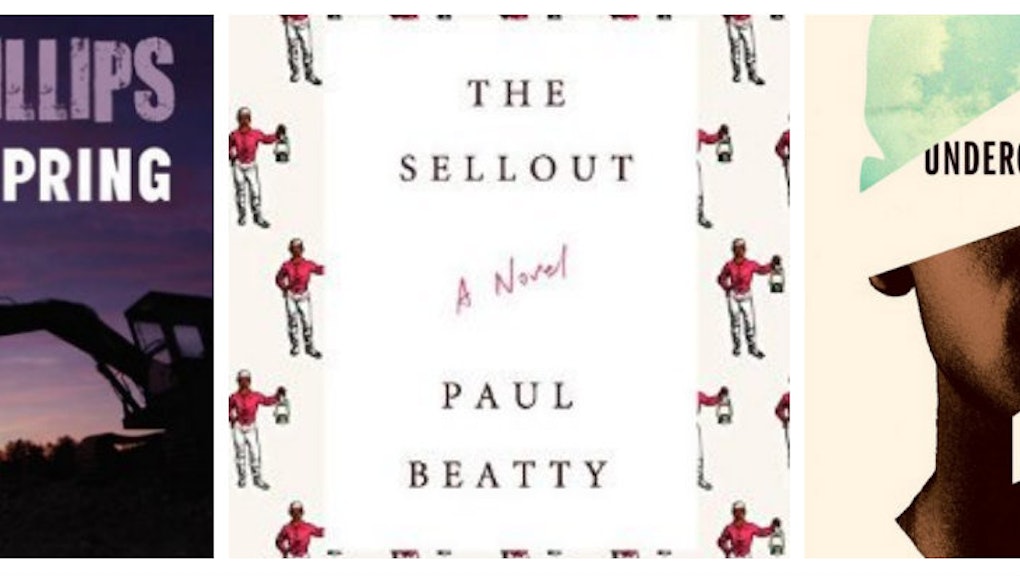 There's an age-old adage for authors: "Write what you know."

When it comes to writing about police violence, more authors are doing just that. The United States' national conversation about police shootings of black citizens has spawned an unlikely literary sub-genre, according to a new report by Hillel Italie for the Associated Press.

The topic isn't exactly new. Fiction writers like Walter Mosley have been grappling with police violence in black communities for decades. But what is new is the prominence of movements like Ferguson and Black Lives Matter in more recently published works.

"This particular issue has long and faithfully been represented in crime fiction," Joshua Kendall, editor-in-chief of Mulholland Books, told the AP. "It's simply that much of the fiction has been overlooked, just as the actual rate of abuse overlooked by media until now. That said, we need and want more fiction about it. The curiosity, concern and appetite seem to have finally grown."

Here are a handful:

Written by author Paul Beatty and published in 2015, The Sellout takes a satirical look at police violence in a black community in Los Angeles. The book's protagonist goes on a search for answers after his father is shot and killed after a confrontation with police officers.

Written by Ben H. Winters and due out in July, Underground Airlines grapples with an America in which the Civil War never happened and black people are still, to varying degrees, enslaved.

Out of the Blues

Written by Trudy Nan Boyce, an author who spent more than 30 years on Atlanta's police force, Out of the Blues follows a young female detective assigned to reinvestigate the cold case murder of a blues musician. The book was released in February.

Walter Mosley, a giant in the crime fiction genre, is currently working on a new novel, according to the AP. Mosley said it's about a former New York City police officer who's investigating the murder of two police officers by a black man who claims they tried to shoot first.

Written by author Gary Phillips and published in 1994, Violent Spring takes place in the wake of the Rodney King verdict and riots. As Los Angeles tries to find its way forward, a grisly new murder is uncovered that leaves an already fractured community searching for even more answers.