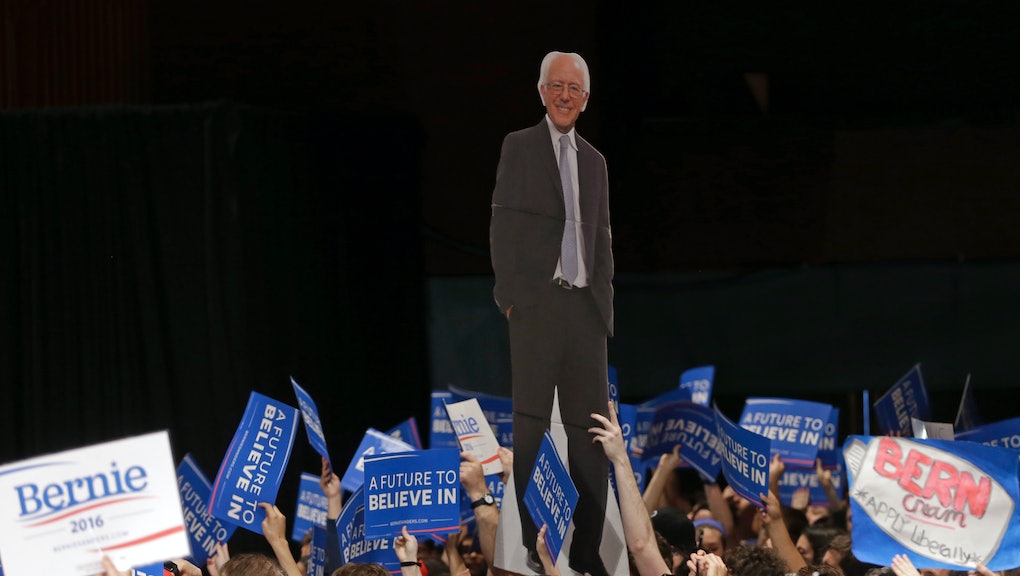 #MississippiBerning is an actual hashtag that was on the internet this week.

It's yet another blow for Bernie Sanders, who's still drawing criticism after Sunday night's CNN debate in which he equated living in a ghetto and being poor with blackness, and then doubled down on those comments days later.

Sanders lost in Mississippi on Tuesday, but that didn't stop some of his supporters from taking to Twitter to declare, in some sort of bizarre act of revelry, #MississippiBerning:

But some observers quickly pointed out how tone deaf the hashtag actually was:

The problem? The name "Mississippi Burning" actually comes from an infamous 1967 court case in which a group of 18 white men were tried by an all-white jury under a civil rights law for allegedly conspiring with the KKK in a case in which three young civil rights workers were killed. The three young men were James Chaney, Michael Schwerner and Andrew Goodman and were part of an effort to register black southern voters known as Freedom Summer.

They disappeared near Philadelphia, Mississippi, after investigating a nearby church burning.

The three three young men were shot, chain-whipped and buried in a nearby earthen dam. Their bodies weren't discovered until 44 days after their disappearances, according to CBS News.

Their deaths were a major turning point in the civil rights movement and helped galvanize more young volunteers to help register voters in Mississippi.

After hearing about their deaths, Martin Luther King Jr. told reporters that such violence was a "shocking and frightening expression of the sickness of our society and the deep hatred the pervades so much of our society."

Only seven of the 18 men, including Neshoba County Deputy Sheriff Cecil Price, were found guilty.

Given this history, the hashtag #MississippiBerning is particularly tone deaf.