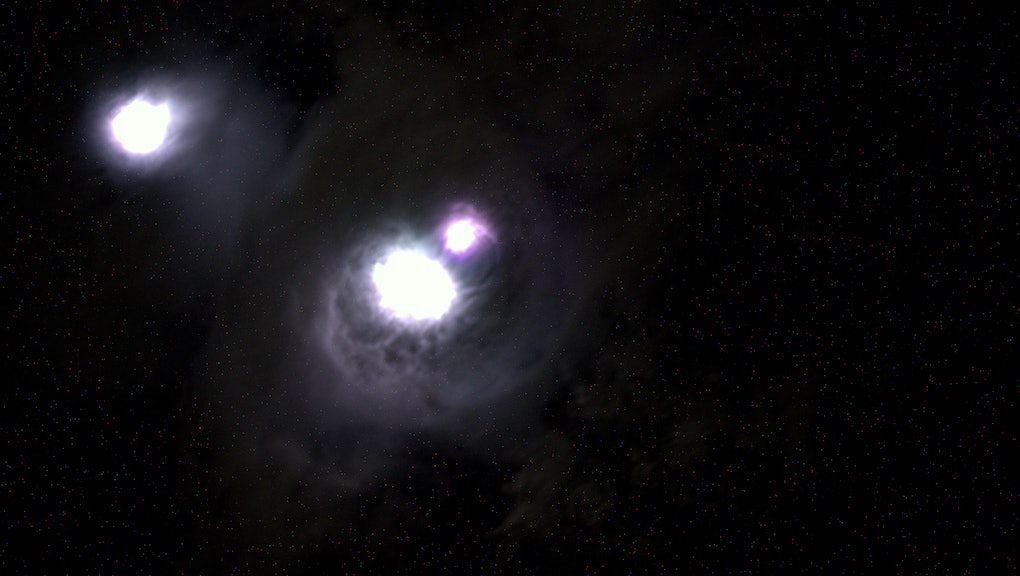 These Photos of Lightning Captured From Space Look Downright Spooky

Lightning is an awe-inspiring phenomenon to behold on Earth. Now imagine seeing it from a totally different perspective: 260 miles over the planet, from the International Space Station.

Why does the lightning look like spooky-looking balls? The strikes illuminate the surrounding clouds, according to the European Space Agency.

Astronauts spot lightning quite often from the ISS. The station is the ideal place to study elusive electric phenomena that happen in the upper atmosphere, like red sprites and blue jets. On Earth, our view is blocked by clouds and the lower atmosphere, but astronauts have the perfect vantage point.

Peake has even put together a time-lapse video of a giant lightning storm over North Africa and Turkey in February. "Amazing how much lightning can strike our planet in a short time," he tweeted.