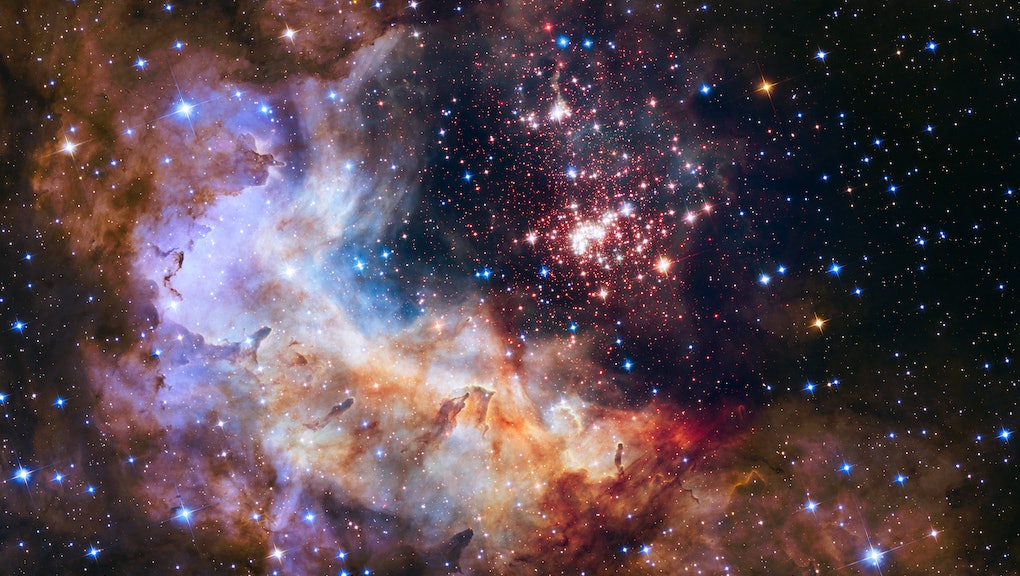 Engineers have developed a material that can cool down buildings by radiating the heat out into freezing-cold outer space.

For now, this technology won't completely replace air conditioning, the engineers say, but it can decrease the amount we use. That's a huge deal because air conditioning accounts for around 15% of total energy use in buildings in the U.S.

The material behind this invention exploits a natural process called radiative cooling. All objects and living things emit some infrared radiation in the form of heat. This invention takes the heat that objects naturally radiate and pushes it up through the atmosphere and into space. The coating causes the infrared radiation to travel at a frequency where it won't warm the atmosphere as it passes through, which would contribute to global warming.

In a 2014 experiment, researchers demonstrated they could use the coating to cool materials down to 5 degrees Celsius below the surrounding air temperature. A 2015 model study of the technology found that it could reduce the energy use of a mid-sized office building by 30% to 50%.

The material also reflects 97% of incoming sunlight that would otherwise heat up buildings, so the cooling process works both at night and during the day. It's sort of like a radiator that doubles as a mirror and doesn't require any energy.

Now several groups are seeking to bring the technology to market and start using it on things like thermal power plants and buildings. The team behind the original research predicts the technology could be useful in both urban and developing areas.

"Across the developing world, photonic radiative cooling makes off-grid cooling a possibility in rural regions, in addition to meeting skyrocketing demand for air conditioning in urban areas," Aaswath Raman, lead author on the 2014 paper, said in a statement.