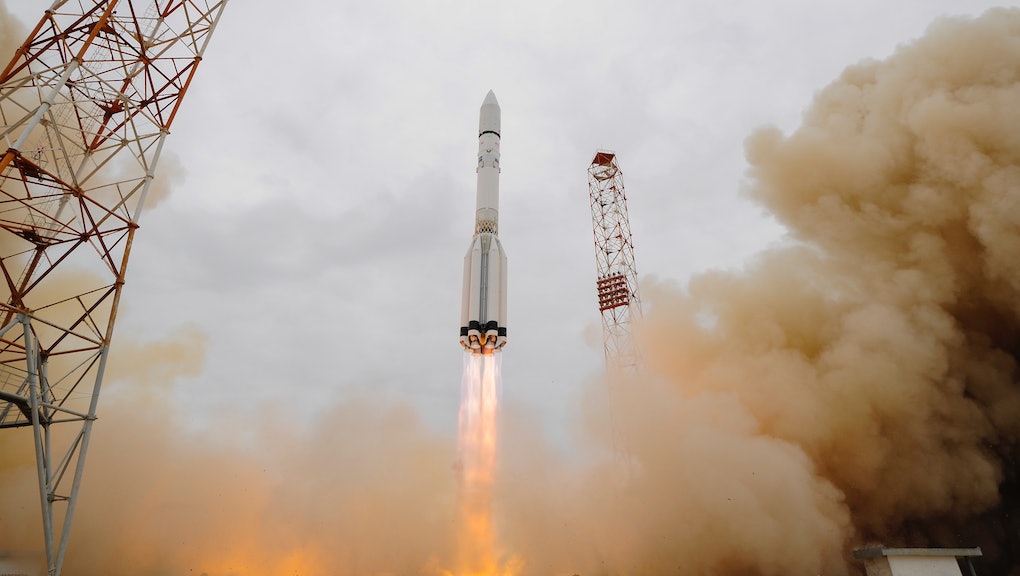 David Bowie isn't the only one who wondered if there's life on Mars. A mission called ExoMars is on its way there right now to search for it.

ExoMars, a collaboration between the European and Russian space agencies, blasted off early Monday morning.

The mission started with a flawless liftoff:

The spacecraft should arrive at the red planet in October.

It will measure gases in the Martian atmosphere and deploy a lander named Schiaparelli to the surface. Schiaparelli has a battery life that will last only a few days; its main objective is to demonstrate that its landing mechanism works.

If all goes well, here's what the landing will look like:

Why this could be huge: The orbiting spacecraft will last much longer, until about 2022. It will measure gases like methane, nitrogen and water vapor that exist in tiny quantities in the Martian atmosphere. Scientists think these trace gases hold important clues about the possibility of life on Mars.

Methane on Mars is especially intriguing. Atmospheric methane has a pretty short lifespan because it's broken down by UV light. Methane in the Martian atmosphere fluctuates however, so it seems some unknown active process on the planet is regularly replenishing the methane supply. ExoMars may reveal what that process is.

Live mission coverage will resume around 5 p.m. today, when the European Space Agency will confirm that the spacecraft's solar sail unfurled and that it's safely on its way.