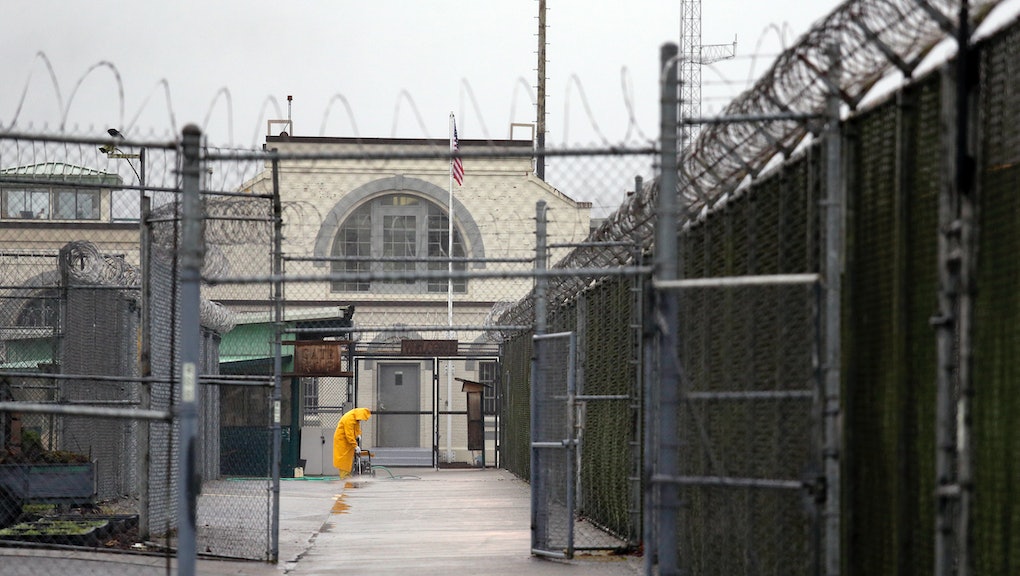 We often speak about America's prison problem in vague, amorphous terms. For instance, the phrase "mass incarceration" has become commonplace, but even it can obscure the true scale of having an estimated 2.3 million people behind bars.

But here's one graph that shows how many people are incarcerated in state prisons, local jails and federal detention facilities, and for what offenses:

The graphic was one of several released on Monday by the Prison Policy Initiative, a think tank based in Massachusetts. Researchers there noted that America's prison problem is so big that they can't even fit it all on one chart.

"While this pie chart provides a comprehensive snapshot of our correctional system, the graphic does not capture the enormous churn in and out of our correctional facilities and the far larger universe of people whose lives are affected by the criminal justice system," Peter Wagner and Bernadette Rabuy wrote. "Every year, 636,000 people walk out of prison gates, but people go to jail over 11 million times each year."

Criminal justice reform has taken center stage during the 2016 election. During the March 6 Democratic debate, Hillary Clinton tried to reassure black voters in Flint, Michigan, that they could trust her on the issue, despite painful memories of the drug policies that she endorsed that helped the country's prison population swell.

"The United States locks up more people, per capita, than any other nation," the researchers wrote. "But grappling with why requires us to first consider the many types of correctional facilities and the reasons that 2.3 million people are confined there."

In order to fix a problem, you've got to understand it. And this is one place to start.