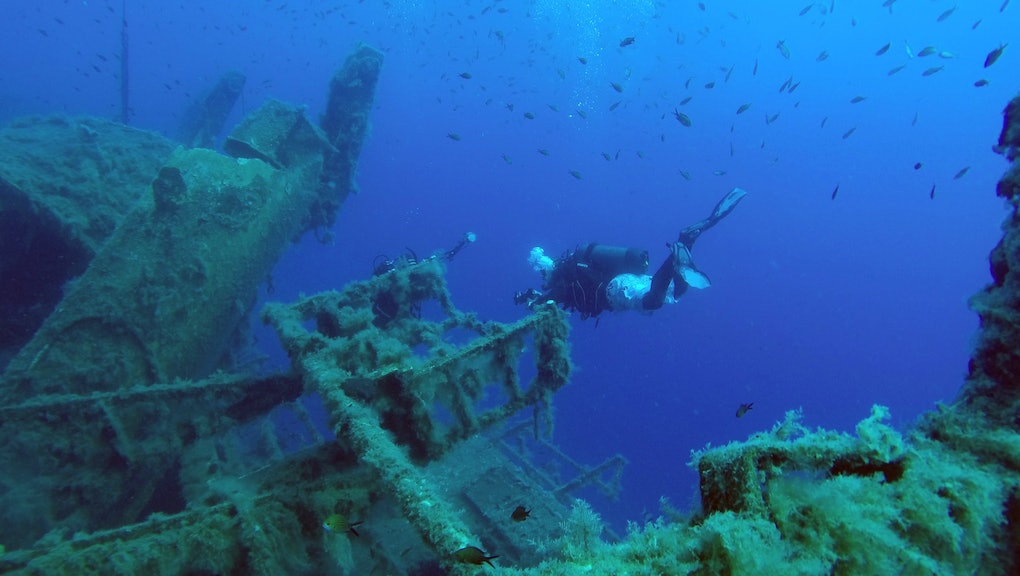 A group of scientists caused a stir this week when they suggested a new explanation for the huge number of ships and planes that seem to have disappeared in the mysterious Bermuda Triangle.

The scientists think deep deposits of oil and methane gas burst through the seabed and formed deep-ocean craters half a mile wide and 150 feet deep off the coast of Norway. They speculate that the huge methane bursts could churn up water, affecting ships, and even escape into the atmosphere, which could threaten aircraft.

The scientists suggest the methane bursts may be responsible for the supposed graveyard of shipwrecks and plane crashes in the Bermuda Triangle.

The Bermuda Triangle — the area of the Atlantic Ocean cornered by Bermuda, Puerto Rico and Miami, Florida — is often called the "devil's triangle."

The line between fact and fiction has blurred over time, and the Bermuda Triangle is now steeped in wild theories involving things like aliens, portals to other dimensions and the lost city of Atlantis.

Is the Bermuda Triangle mystery even real? Probably not, many experts say.

According to journalist Larry Kusche, some of the ships and planes that allegedly sank in the Bermuda Triangle were completely made up by writers. Moreover, others that "mysteriously sank" actually went down during violent storms, and some ships that were lost far outside the Bermuda Triangle's perimeter get lumped into the total.

Additionally, the Bermuda Triangle is a path for many major cruise lines and trade routes, so it sees more ship traffic than many other parts of the ocean.

"The region is highly traveled and has been a busy crossroads since the early days of European exploration," John Reilly, a historian at the U.S. Naval Historical Foundation, told National Geographic. "To say quite a few ships and airplanes have gone down there is like saying there are an awful lot of car accidents on the New Jersey Turnpike — surprise, surprise."

So there might not be a mystery to solve at all. These types of methane bursts that the scientists describe are a well-documented phenomenon in other areas, but other scientists debate how much they could really interfere with ships and aircraft.