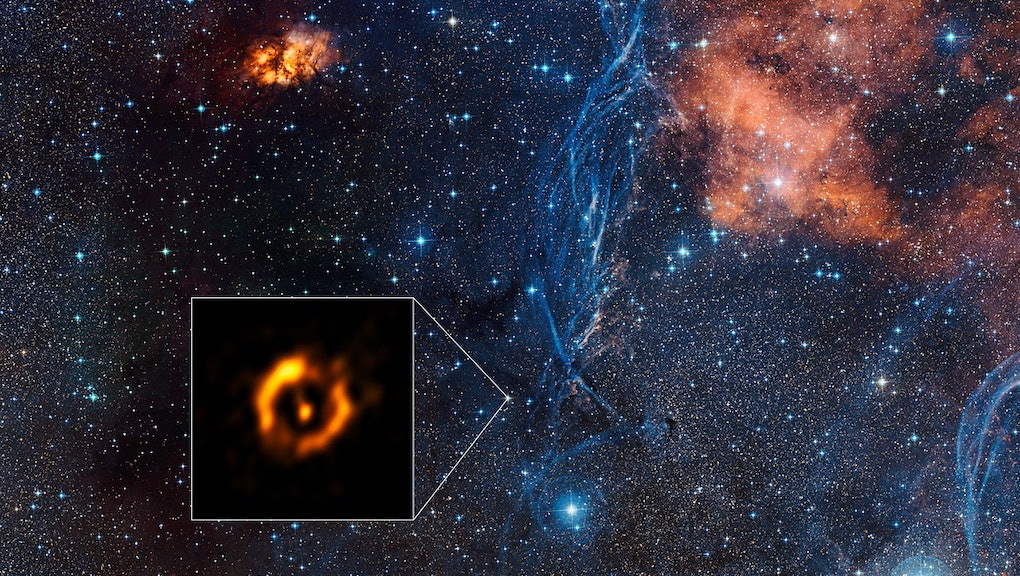 A team of astronomers have spotted something surprising around a dying star in deep space.

We already knew that when stars first form, they develop rings of gas and dust called protoplanetary disks. Those disks can give birth to a clump of new planets. Now, astronomers using the Very Large Telescope in Chile spotted a very similar-looking ring around a dying star. The observation has the potential to change what astronomers know about planet formation.

You can see the star's "ring of death" in the image below:

The video below shows where the star is in the Milky Way:

We have plenty of images of protoplanetary disks around new stars, but this is the best image we've ever seen of one of these dust rings around an aging star.

"The resolution is so high that, for comparison, we could determine the size and shape of a one euro coin seen from a distance of two thousand kilometers," Jacques Kluska, an astronomer at the University of Exeter, said in a statement.

Based on this observation, the team suspects that like new stars, it's possible dying stars might also be capable of creating new planets. We'll need more of these high-resolution observations to know for sure.