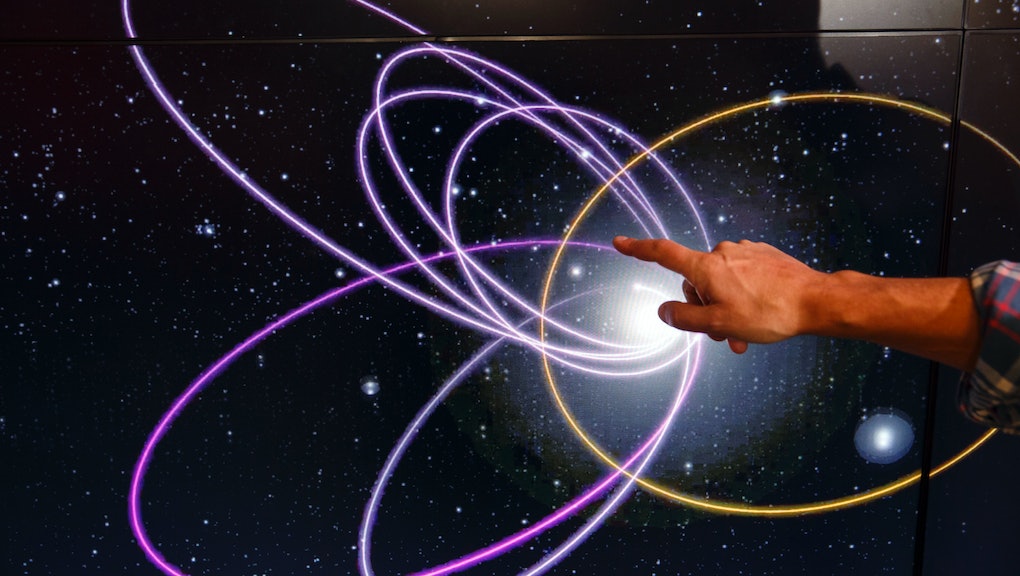 How Far Away Is a 9th Planet? One Video Perfectly Explains It

The size and scale of the universe is incredible, but it's hard to grasp just how infinitely huge it is. Even the size of our own solar system is a hard concept to swallow.

In fact, the solar system itself is so huge, we shouldn't be surprised there are things in it we haven't discovered yet. In January, astronomers announced the possible existence of a ninth planet hiding beyond Pluto. They think this mysterious Planet Nine is about 10 times more massive than Earth, and they estimate it takes between 10,000 and 20,000 years for it to orbit around the sun. That means it's probably something like 100 billion kilometers away.

It's hard to visualize that kind of distance, so engineer Mark Rober made a video to help us out. If you use a football field as a scale for the solar system, then the sun would be about the size of a soccer ball on the goal line. Earth would be 26 yards away and only the size of a pinhead. Jupiter is out past the opposing goal posts. Neptune is about eight football fields away.

Check out the whole video below: