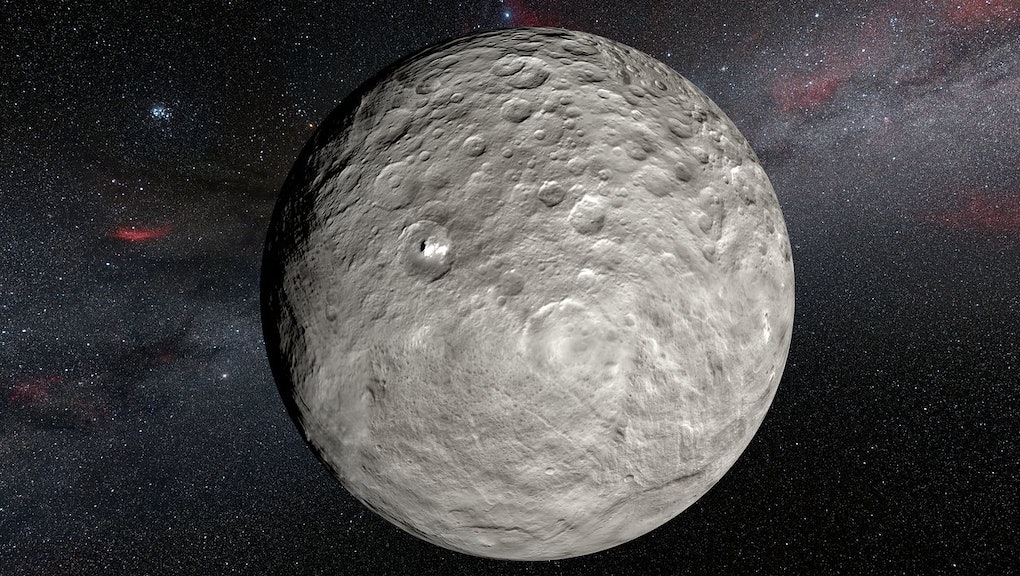 It seems the mysterious bright spots on dwarf planet Ceres that puzzled scientists for months aren't quite done being mysterious.

In December, after poring over images and data for months, scientists finally decided that the bright spots on Ceres are likely patches of salt.

Case closed? Not quite.

Now, astronomers have observed subtle changes in the spots' brightness — something they weren't expecting to see from patches of salt.

"The result was a surprise," Antonino Lanza, a co-author on the new research, said in a statement.

The team found that when the spots are facing the sun, they produce plumes of material that reflect more light. The plumes eventually evaporate, and the spots appear less bright. The process repeats from night to night, but the changes in brightness don't seem to happen in any particular pattern or on a predictable timeline.

"We did find the expected changes to the spectrum from the rotation of Ceres, but with considerable other variations from night to night," Lanza said.

What do the changes in brightness mean? Possibly that something is happening below the surface to churn up the bright material where it leaks out through the bright spots we see and then evaporates.

In other words, Ceres has some kind of active process happening in its core.

Scientists will need more data before they can draw any conclusions, though.

It seems Ceres hasn't run out of mysteries yet.