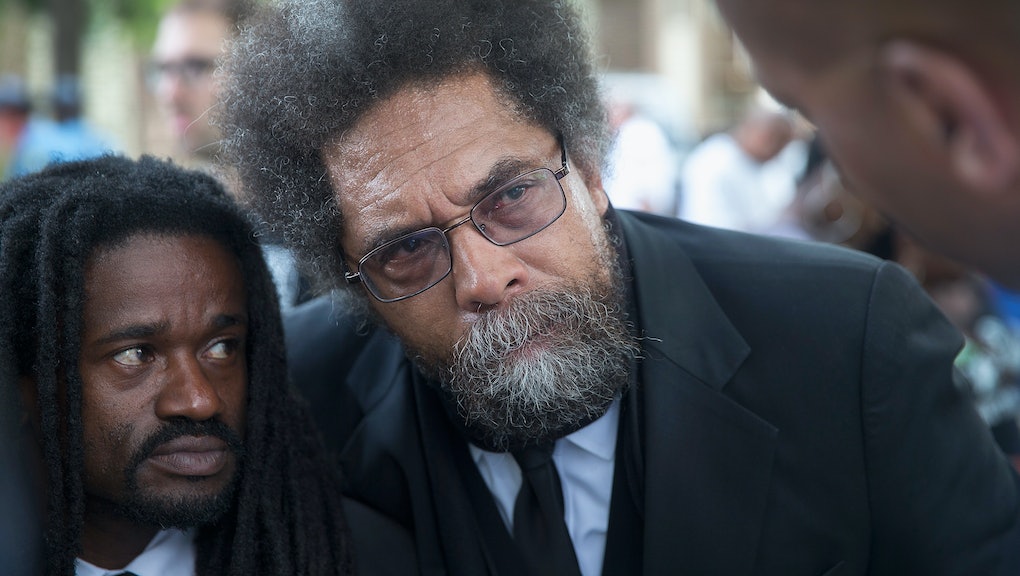 Activist and scholar Cornel West is critical of many things, but Black Lives Matter isn't on that list.

The professor of philosophy at Union Theological Seminary in New York City made an appearance on Sunday's 60 Minutes and talked about the broad movement that's shaken up American politics.

"I think that's a marvelous new militancy that has to do with courage, vision," West said. "The fundamental challenge always is will their rage be channeled through hatred and revenge ... or though love and justice. You got to push them toward love and justice."

60 Minutes' James Brown spoke to West as Barack Obama's historic presidency approaches its end and plenty of people are trying to evaluate whether his actual policies match the fervor that swept him into office in 2008. Few big names on the left have been more publicly critical of the president than one-time supporter West, who has called Obama's administration a "drone presidency."

West places his support for direct-action protest in the context of coming of age during the turbulent 1960s, while other leaders from that era have criticized today's young activists for not upholding more traditional models of leadership. One 2015 Washington Post profile of Al Sharpton captured his distaste for movements that don't have identifiable leaders. "I hear [BLM protesters] saying that, 'We don't want Al Sharpton taking over our movement,'" Sharpton said mockingly. "But my question is: What movement? Y'all ain't got nothing to take over."

West takes a different approach. "I'm old-school, and I want the new school to know that some of us old folk love y'all to death," he told Brown.