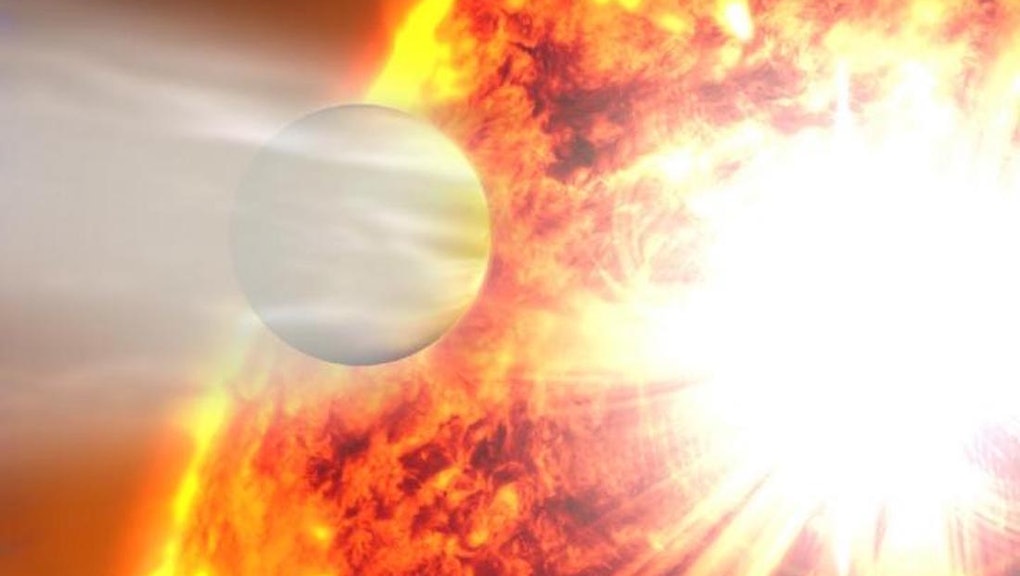 Astronomers have spotted a planet with one of the strangest orbital paths ever. It's called HD 20782.

Rather than traveling in a nearly circular pattern around its star like the planets in our solar system, HD 20782 orbits in a flattened elliptical shape, according to a press release from San Francisco State University. The orbital path looks like someone took a hula hoop and squashed it. Astronomers call this an "eccentric" orbit.

Here's what HD 20782's path (red) looks like compared to Earth and the other inner planets (white):

This represents a rare opportunity to study a planet with an orbit that is so different than the ones in our solar system. The planet's farthest point from its star is about 2 1/2 times the distance of Earth from the sun. But its closest approach flings it much closer to its star than Mercury is to the sun.

"It's around the mass of Jupiter, but it's swinging around its star like it's a comet," SFSU astronomer Stephen Kane said in the statement.

Astronomers are studying reflected light from HD 20782 to figure out how its atmosphere changes when it's "flash-heated" during its close approach to its host star, the statement said.

Astronomers aren't sure what caused this unusual path. "When we see a planet like this that is in an eccentric orbit, it can be really hard to try and explain how it got that way," Kane said. "It's kind of like looking at a murder scene, like those people who examine blood-spatter patterns on the walls. You know something bad has happened, but you need to figure out what it was that caused it."

Kane said another planet may have collided with HD 20782 and knocked it into its current, eccentric orbit. Another possibility is that a nearby star pushed it off a more stable orbital path.