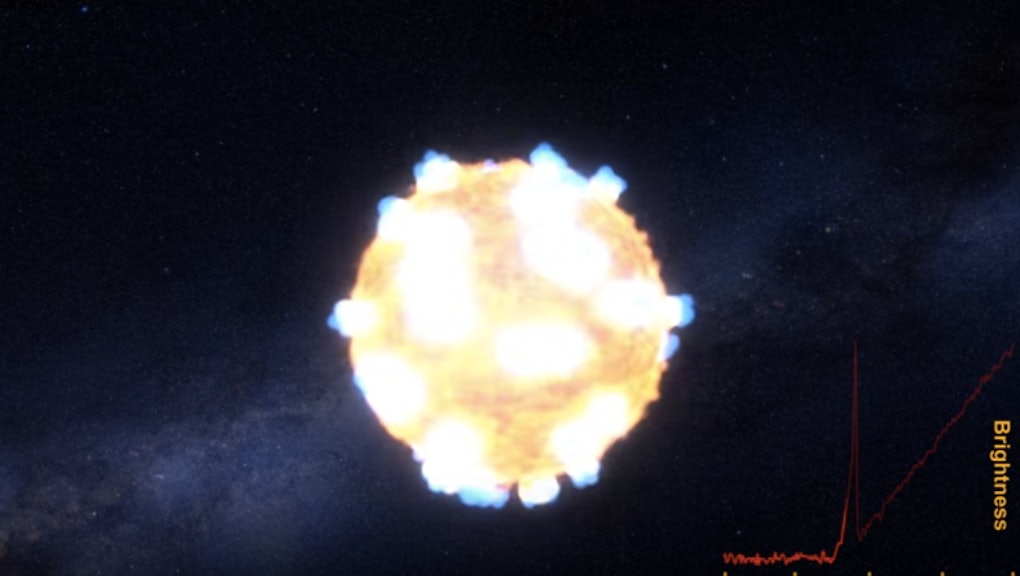 For the first time ever, astronomers have captured the shockwave of a star explosion in visible light. Called a "shock breakout," the phenomenon is 130 million times brighter than our sun. It looks like something out of a science fiction movie.

This particular star is called KSN 2011d, and it is about 1.2 billion light-years away and about 500 times the size of our sun. Astronomers caught the explosion by using the Kepler Space Telescope. The whole shockwave only lasts a few minutes, so it's extremely difficult to capture.

Star explosions, or supernovas, happen when the nuclear-fusion fuel inside a star runs out and it collapses in on itself and explodes. The explosions are sometimes so bright they can briefly outshine entire galaxies and radiate more energy than our sun will generate in its entire lifetime.

Studying supernovas could help explain how chemicals are spread around the universe and how life managed to arise in our galaxy.

"All heavy elements in the universe come from supernova explosions," NASA scientist Steve Howell said in a statement. "For example, all the silver, nickel and copper in the earth and even in our bodies came from the explosive death throes of stars. Life exists because of supernovae."

You can watch a video animation of the explosion here.