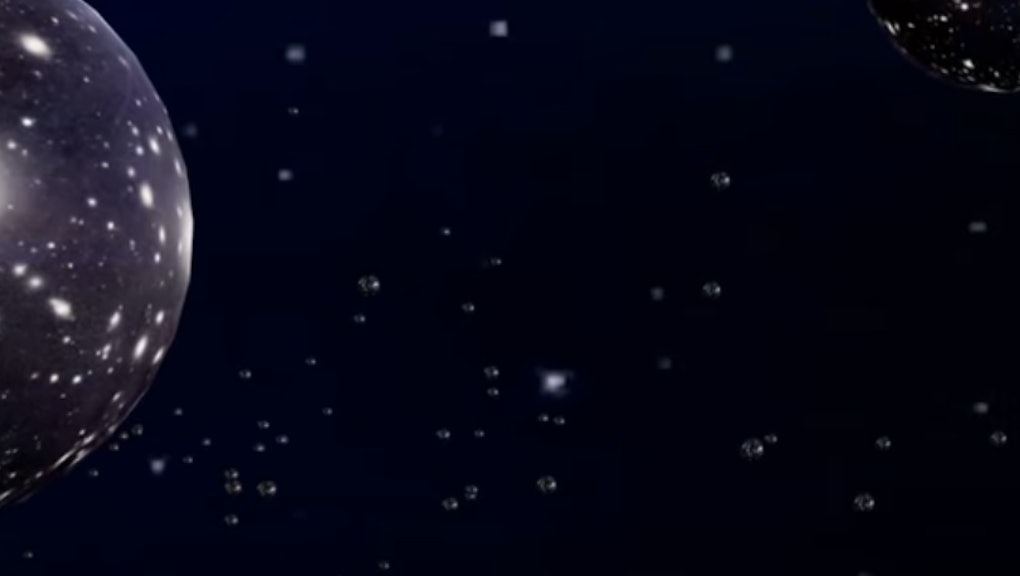 The idea sounds like science fiction, but multiverse theories — especially those that are actually testable — are gaining traction among physicists. Here are three of the most compelling theories:

If the universe is infinite, multiple universes probably exist.

If the universe is infinite, like many believe it is, then there must be huge patches of the universe that are simply too distant for us to see.

The implications are mind-bending.

"If the universe is truly infinite, if you travel outwards from Earth, eventually you will reach a place where there's a duplicate cubic meter of space," Fraser Cain explained to Universe Today. "The further you go, the more duplicates you'll find."

That means there could be another you out there in the universe — or an infinite number of yous.

Scientists are trying to figure out if the universe is finite or infinite by studying signatures in the cosmic microwave background, or the radiation left over from the Big Bang. But the bottom line, according to physicist Joseph Silk, is, "we may never know."

The Big Bang and inflation suggest the existence of a vast multiverse.

The Big Bang theory suggests that when the universe was just a fraction of a second old, it underwent a period of rapid inflation where it "expanded faster than the speed of light," according to Space.com. Expansion then slowed down, but there's lots of evidence that it kept happening and is still happening.

Some physicists think parts of space-time may have expanded faster than others after the Big Bang, creating "bubble" universes.

So if inflation is real, our universe might just be a bubble floating in a whole bubble bath of other sphere-shaped universes.

Inflation is carrying them farther and farther away from us, so we'd have to invent faster-than-light travel if we ever wanted to visit one.

Some physicists think it's possible to prove the bubble idea. When our own bubble universe was first forming, it may have collided with another bubble universe before inflation separated us.

Physicists like Matthew Johnson are searching through the cosmic microwave background (radiation leftover after the Big Bang) for signs of collisions. Johnson thinks the collisions might have left behind visible bruises:

Gravity is hiding in other universes

Physicists have no idea why gravity is so much weaker than the other fundamental forces. Some theories imply the existence of parallel universes.

"A small fridge magnet is enough to create an electromagnetic force greater than the gravitational pull exerted by planet Earth," the European Organization for Nuclear Research, better known as CERN, explains. "One possibility is that we don't feel the full effect of gravity because part of it spreads to extra dimensions. Though it may sound like science fiction, if extra dimensions exist, they could explain why the universe is expanding faster than expected, and why gravity is weaker than the other forces of nature."

Physicists are actually searching for evidence of other dimensions inside the Large Hadron Collider at CERN. Entire universes full of red-headed, piano-playing yous could be hiding inside those extra dimensions.