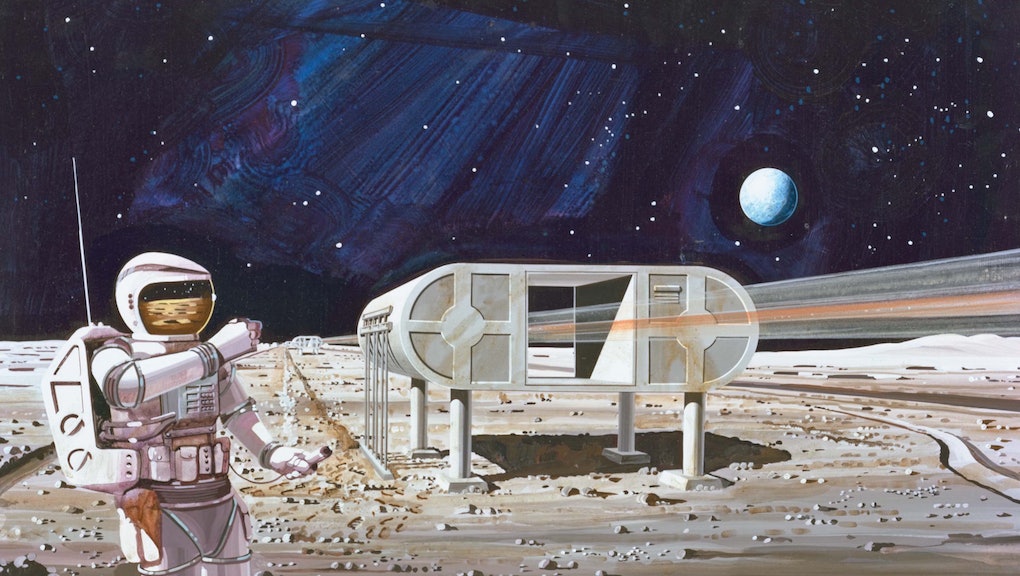 An international team of scientists has laid out an extensive plan detailing how we could set up a permanent moon colony in the next five to seven years — for just $10 billion.

"It is time to go back to this moon, this time to stay, and funding is no longer the main hurdle," the team concludes in the report, published this month.

The team behind the report includes NASA scientists — despite the fact that NASA has made it clear that it's not interested in returning to the moon. For NASA, it's "Mars or bust."

Previously, it seemed that NASA couldn't afford to split its resources between the moon and Mars. The low cost of this new plan could change that.

The price tag is thanks to money-saving technology like advanced 3-D printing that can turn moon minerals into building materials, solar-powered equipment that will reduce energy use and SpaceX's reusable rockets that will reduce the cost of launching supplies.

A lunar base made of inflatable space habitats, greenhouses and robotic tech could support 10 people for yearlong stays, the report says. Temporary settlers would build infrastructure and get things running smoothly, and within a decade, the base could have a permanent settlement of 100 people. Turning the frozen water around the lunar ice caps into rocket propellant and selling it to spaceflight companies would allow the colony to generate income, according to the report.

Other space agencies have already done a lot of research on this. The European Space Agency has gotten serious about a colony on the moon in the last couple years. To the agency, the moon is the perfect proving ground for the technology and research that we'll need to get to Mars and beyond. It's clear some NASA scientists are behind that idea too.

"My interest is not the moon. To me the moon is as dull as a ball of concrete," NASA astrobiologist Chris McKay, who worked on the report, told Popular Science. "But we're not going to have a research base on Mars until we can learn how to do it on the Moon first. The Moon provides a blueprint to Mars."