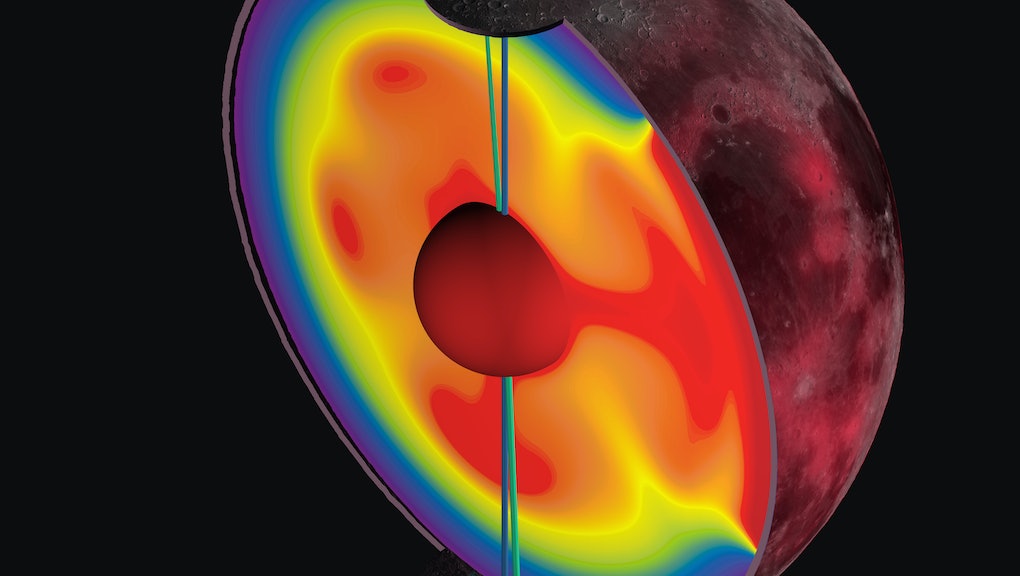 Three billion years ago, if you looked at the moon from Earth, you would have had a very different view than you do today, according to new research published in the journal Nature.

Scientists think geological activity below the moon's surface caused the poles, or the axis around which the moon rotates, to shift about 125 miles over the course of about 1 billion years.

"It would be as if Earth's axis relocated from Antarctica to Australia," planetary scientist Matthew Siegler said in a statement, according to Southern Methodist University Research.

You can see the shift in the image below:

The discovery is based on the distribution of ice around the moon's poles. Ice often forms around the poles of moons and planets because those areas are shielded from direct sunlight, but Siegler noticed additional patches of polar ice that were offset from where the current north and south poles are. The discovery suggests that the poles shifted about 6 degrees.

"This was such a surprising discovery," Siegler said. "We tend to think that objects in the sky have always been the way we view them, but in this case, the face that is so familiar to us — the Man on the Moon — changed."

Siegler is referring to how we can only ever see one side of the moon from Earth. "We always see the same old side of the moon because the moon rotates exactly once on its axis each time it orbits Earth," Minute Earth explains in a video.

Answers to an ancient mystery: Siegler thinks these patches of lunar ice were around long before the pole shift happened. That means the ice could provide us with clues about where Earth's water came from.

"The ice may be a time capsule from the same source that supplied the original water to Earth," Siegler said. "This is a record we don't have on Earth. Earth has reworked itself so many times, there's nothing that old left here. Ancient ice from the moon could provide answers to this deep mystery."

How can we learn more? Maybe if the European Space Agency really builds that moon colony, it can study these ancient patches of ice.