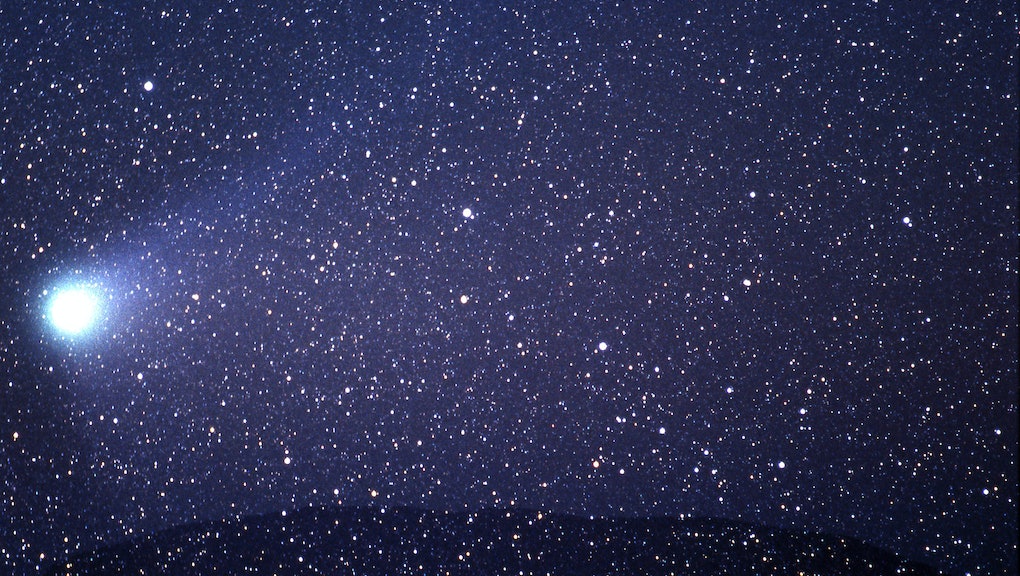 The first of two spectacular meteor showers from Halley's comet is coming in April.

The meteor shower is called the Eta Aquarids because you can see it in the same area of the sky as the constellation of Aquarius. The shower will start on April 20 and last through May 21, but your best chance to see the meteors will happen May 5 through May 7 in the early hours of the morning. People in the southern hemisphere will be able to see about 30 meteors per hour, while people in the northern hemisphere will see about 10 per hour.

If you want to catch a glimpse, NASA says it's best to get yourself far outside the city away from any light pollution. Get situated before the meteor shower starts so your eyes have time to adjust.

The Eta Aquarids happens every year thanks to Halley's comet. It takes the comet about 75 years to travel around the sun, but Earth passes through the tail of the comet around April and October every year. Pieces of debris from the comet's tail burn up as they hit the Earth's atmosphere, according to NASA. The result is a spectacular light show of meteors.

Halley's comet is projected to directly pass by the Earth again in 2061.