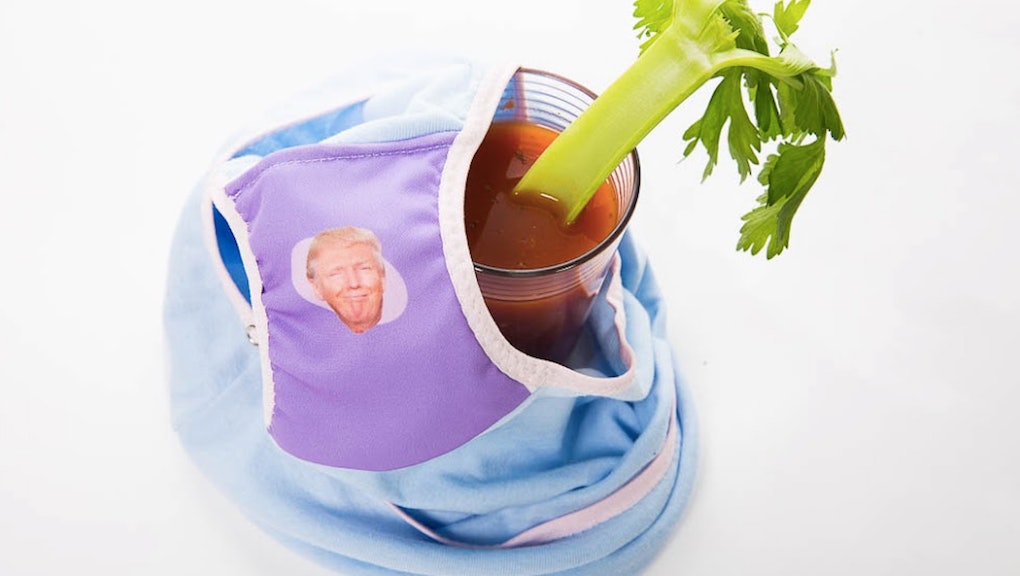 Sure, you can buy a Hillary Clinton t-shirt, put a Ted Cruz sign on your lawn or tweet about your disdain for the candidate of your choosing. But now, you can really one-up your politically-minded friends by wearing Donald Trump and a slew of other politicians' faces on your period underwear.

Read more: Will the New York City Subway Ban These Ads for Using the Word "Period"?

These aren't your ordinary period undies (or ones that have extra absorbent fabric for free bleeding.) This underwear line was created using the tiny faces of presidential candidates and politicians who the company believes to have "hindered women's access to abortions, birth control and Planned Parenthood" smack dab on the crotch.

"Underwear (especially women's underwear) is so inherently loaded in what it implies, it just made perfect sense as a political tool," Sarah Palatnik, the founder of Cute Fruit Undies, said via email. "I think one really important way to fight against something that you're not okay with is to make it seem ridiculous and try to remove its power by 'laughing it off the stage' so to speak."

The current "blood dumpsters," as the brand calls the politicians, who it wants you to "bleed all over," include Donald Trump, Jeb Bush, Ted Cruz, Tom Emmer, Mike Huckabee, John Kasich, Sarah Palin, Rand Paul and Rick Santorum.

The fun doesn't stop there. On its website, the brand lists the reasons it considers these people to be "blood dumpers" as well as encourages customers to suggest other "reproductive rights offenders" that might not yet be on the list.

This isn't just a gag: $3 from every sale will be donated to a Planned Parenthood located in the state governed by the politician you chose to bleed on.

Although this idea might seem gross to some, period panties have long been known to support the idea of demolishing menstruation-related stigmas. Unless we want to see people left without basic health care, as Planned Parenthood president Cecile Richards explained might happened to Mic back in February, speaking out about reproductive rights and menstruation is key. And if feminist period panties are the only way to do it, then bleed on.

What has the response been so far? "For the most part, from what I can tell, the biggest complaint is that people like the idea but hate the thought of someone like Trump's face on their vagina, which I get," Palatnik said.

Not interested in period panties? There is an assortment of merchandise on the internet that you can choose to show your support. Are you a Hillary fan? Try these scrunchies! Feeling the Bern? Try a shirt featuring Sanders on a unicorn or this adorable action figure. Cruzin' with Ted? You need this Ted spatula. Hoping to make America great again? You never knew you needed Donald Trump earrings or Trump-inspired hair for your cat.