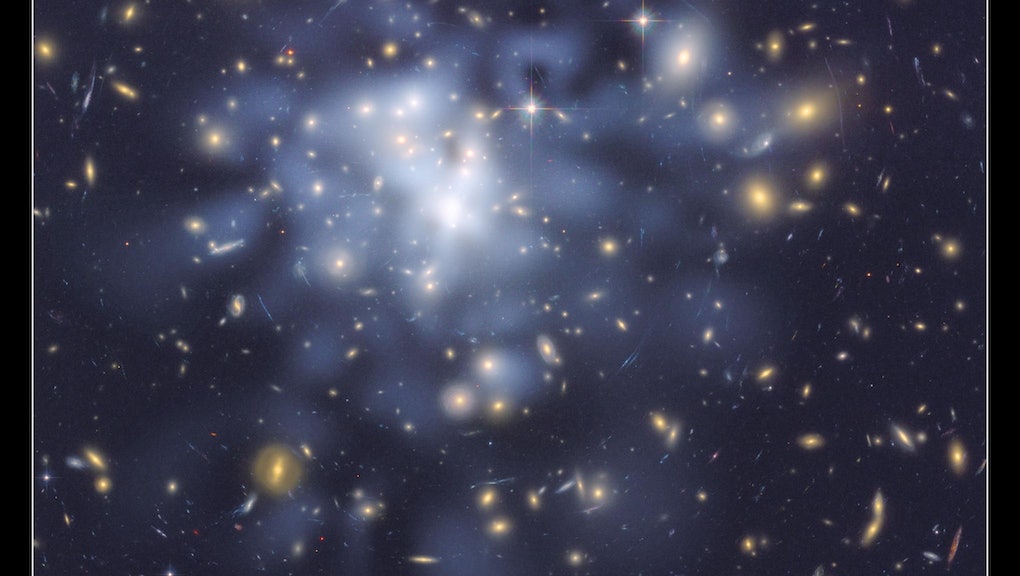 What Is Dark Matter? Astronomers Are One Step Closer to Understanding Mysterious Phenomena

Astronomers may have detected signatures of elusive dark matter — a mysterious, invisible material that permeates the universe, but has so far proved undetectable.

If the results are confirmed, scientists will have a better idea of what dark matter is and how we might be able to directly observe it.

Even though we can't see dark matter, we know it exists because we can measure its gravitational effect on visible matter. Galaxies in our observable universe are rotating way too fast for the gravity of their visible matter to be enough to hold them together. Based on the matter we can see, these galaxies should have flown apart and dissolved long ago.

So, clearly, something else is helping hold these galaxies together — and astronomers think that something is the gravitational pull of dark matter. In fact, astronomers estimate the matter we can see makes up only about 5% of the universe, while dark matter makes up 27%. (The other 68% is tied up in something called dark energy.)

Detecting dark matter: One of the most popular dark matter theories is that it is composed of weakly interacting massive particles, or WIMPs, that annihilate each other when they collide. Those collisions should create a type of detectable high-energy radiation in the form of gamma rays.

A team of astronomers studying the distribution of gamma ray emissions near the center of the Milky Way found a huge gamma ray burst signature that might be evidence of such dark matter collisions.

The astronomers acknowledge it's possible the gamma ray burst came from a nearby group of rotating neutron stars called pulsars. But after the team pinned down more specific locations for the gamma rays and mapped out the emissions in greater detail, it seems more likely they came form dark matter collisions than pulsars.

"The team was able to show with high significance that the distribution of gamma-ray emission is in good agreement with the predictions of simple annihilating dark matter models, but less likely to be consistent with a pulsar explanation," the Smithsonian Astrophysical Observatory explained in a statement about the research.

If the results are confirmed, it will lend a lot of support to the WIMP theory and it could help us finally directly detect dark matter.