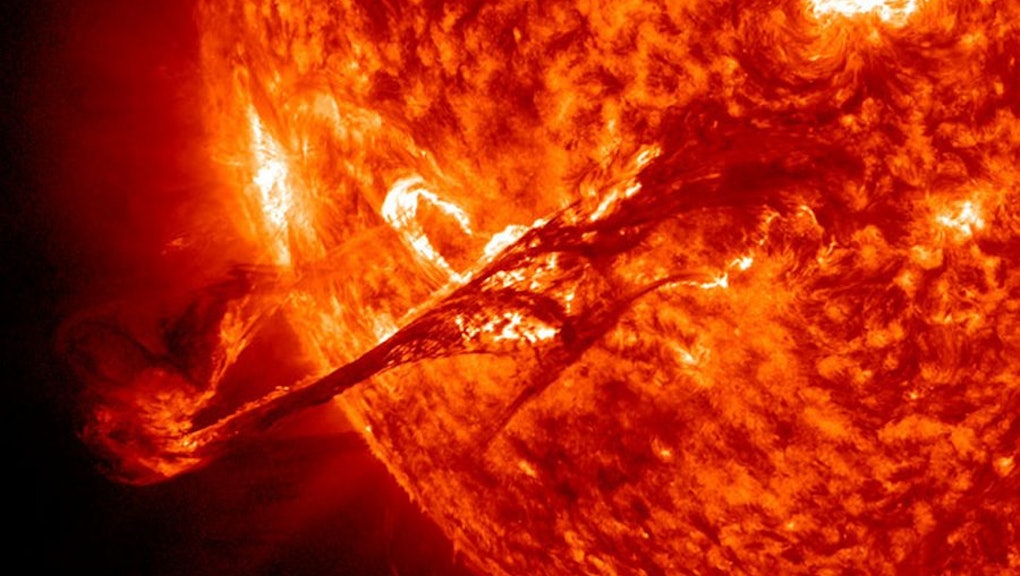 Earth Could Be Hit With a Devastating Superflare From the Sun

We depend on the sun for survival, but new research suggests it's capable of emitting an especially powerful solar flare called a "superflare" that could rip apart the ozone layer, exposing us to deadly UV radiation and frying power grids. So there's that.

Sometimes these flares hit Earth and create beautiful auroras as the particles interact with Earth's magnetic field. In some cases, if the flares are powerful enough and they hit Earth dead-on, they can cause power interruptions. One such instance happened in 1859.

But the solar flares from our sun are nothing compared to what we see on other stars. The Kepler Space Telescope has observed giant solar flares called "superflares" bursting from other stars. Previously, scientists thought the sun's magnetic field was too weak to produce a superflare. However, new research shows that 10% of the stars Kepler spotted that produce superflares have a magnetic field just as weak or weaker than the sun's.

"This opens the possibility that the sun could generate a superflare — a very frightening thought," astronomer Christoffer Karoff said in a statement about the research.

What would happen if a superflare hit Earth? Our electronics would be in big trouble — and that's one of the tamer effects.

"All electric equipment (satellites, computers, etc.) would be very vulnerable to superflares, but I think the biggest problems would be our electrical substations that transform voltage from high to low," Karoff said in an email. "Most of these stations are more than 50 years old, and we do not have spare parts for them."

That's just the beginning. A superflare could rip through our planet's protective atmospheric layers.

"The biggest problem after a superflare would be our ozone layer, which protects us from the sun's UV radiation," Karoff said. "A superflare could destroy between 5% and 50% of our ozone layer. This would likely mean that we would get skin cancer almost instantly if we went outside unprotected."

"This would likely mean that we would get skin cancer almost instantly if we went outside unprotected."

Of course, we don't know for sure if the sun is capable of producing superflares. And the good news is, even if it can, superflares are rare.

"If it is one every millennia, then we should act quickly," Karoff added. "If it is only one every 100,000 years, then it is probably not so important that we do anything, except for gaining a better understanding of nature."