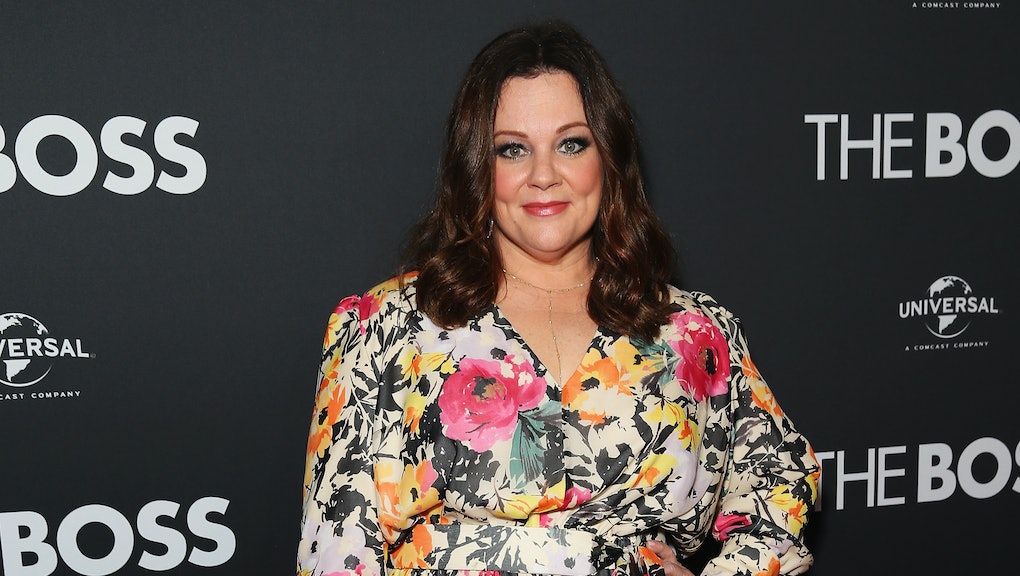 She might play an erratic CIA agent or a wealthy mogul-turned-convict, but off-screen, Melissa McCarthy wants to offer us some pretty useful advice: Stop asking women about their bodies.

McCarthy has often fielded questions about her weight, and the conversation has heated up (unintended The Heat reference) now that she has reportedly lost about 50 pounds. But the actress is done being asked about it, telling Refinery29 "there has to be something more."

Read more: Melissa McCarthy: The Term "Plus Size" Tells Women They're "Not Worthy"

"There are so many more intriguing things about women than their butt or their this or their that. It can't be the first question every time, or a question at all," said McCarthy.

Even worse, men are never asked similar body questions — it's one of Hollywood's double standards.

"It's like, can you imagine them asking some of these guys I work with, 'How do you keep your butt looking so good?'" she told Refinery29. "It would be like, 'What the fuck are you talking about? Why are you asking about the shape of my butt?'"

I know some of those women in those magazines who get called perfect or whose butt is supposedly better, and often they don't even look like that in person. ... They would be more horrified than anybody else that you're pitting them against each other and judging. You don't do that with guys.

This is not the first time she's discussed the topic. In the April issue of Redbook, McCarthy spoke out about the "weird cultural thing" where women are meant to compare themselves with one another.

She repeated the sentiment a month earlier during a chat with E! Online, saying "Women are friends. Women are not really competing with each other. I think everyone wants to make it seem that way with who wore it better, whose butt is better, whose glasses are crazier. I've never had any of those conversations in my life."

With celebrities like Amy Poehler and Reese Witherspoon joining her in the fight against sexist questions with the #AskHerMore campaign, plus Women's Health's decision to eliminate phrases like "bikini body" and "drop two sizes," in 2016, it's easy to ask: Why are we still having this conversation? Yet, it's an important discussion to continue to have as the issue persists.

It's obvious that McCarthy wants to be asked more about her work and who she is as a person — and to be completely honest, that is exactly what we would like to learn more about.