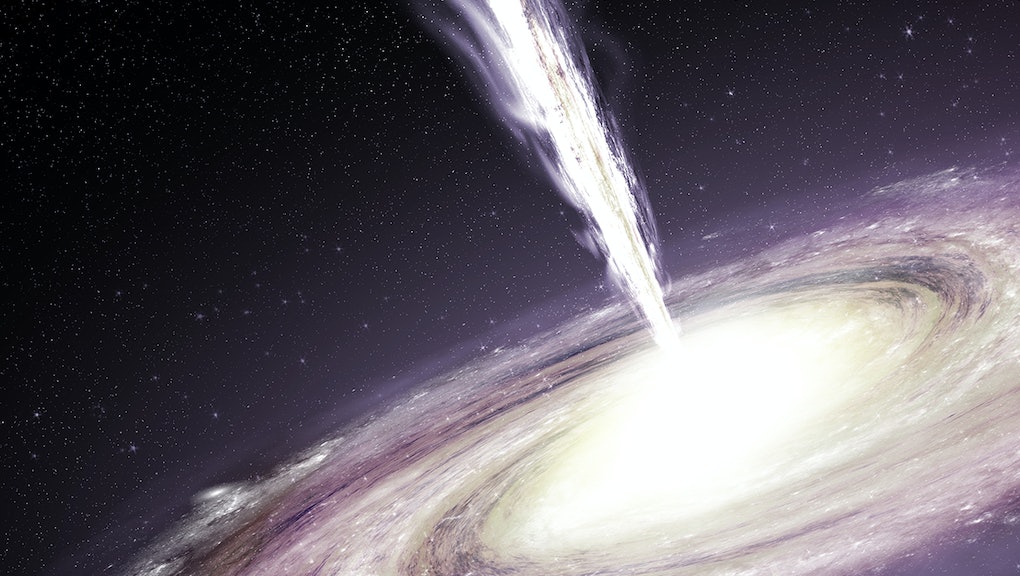 If you visited the center of a galaxy called J0230, you'd get pummeled with winds 625,000 times faster than any hurricane ever seen on Earth.

In that galaxy, astronomers have spotted a windstorm spinning a ring of debris, called a quasar, around a supermassive black hole. The winds are whipping at 200 million kilometers per hour, or about 20% the speed of light. At that speed, it would take under one second to travel around the globe. It's the fastest winds we've ever seen around a quasar, shattering the previous record by approximately 14 million kilometers per hour.

The wind is fueled by powerful radiation coming from the quasar, and colliding gases produce light that makes the quasar glow about as bright as 22 trillion suns. It takes about 11 billion years for that light to reach us because J0230 is so far away.

Quasars often form around black holes. Scientists think the huge mass of a black hole is what powers a quasar and causes it to emit so much light. "Today, most scientists believe that super massive black holes at the galactic centers are the 'engines' that power the quasars," the European Space Agency stated.