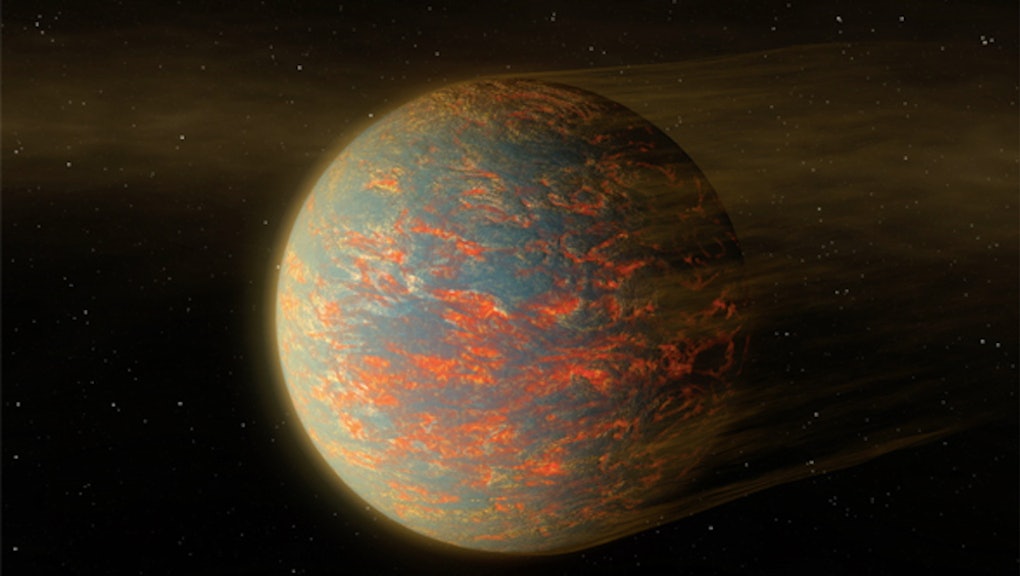 We've seen the first temperature map of a super-Earth exoplanet, and we don't wanna go.

The planet is about 40 light years away, and it's about twice the size of Earth.

"The latest findings tell us the planet has hot nights and significantly hotter days," Brice Olivier Demory, of the University of Cambridge, said in a statement. "This indicates the planet inefficiently transports heat around the planet. We propose this could be explained by an atmosphere that would exist only on the day side of the planet, or by lava flows at the planet surface."

"Spitzer (a telescope) observed the phases of 55 Cancri e, similar to the phases of the moon as seen from the Earth," Demory said. "We were able to observe the first, last quarters, new and full phases of this small exoplanet. In return, these observations helped us build a map of the planet. This map informs us which regions are hot on the planet."

Could a super-Earth someday support humans? With its inferno-like temperatures, 55 Cancri e probably can't support life as we know it. But some scientists believe super-Earths have a better chance at being potentially habitable than other types of exoplanets.

When the James Webb Space Telescope launches in 2018, scientists hope it will reveal even more about 55 Cancri e.