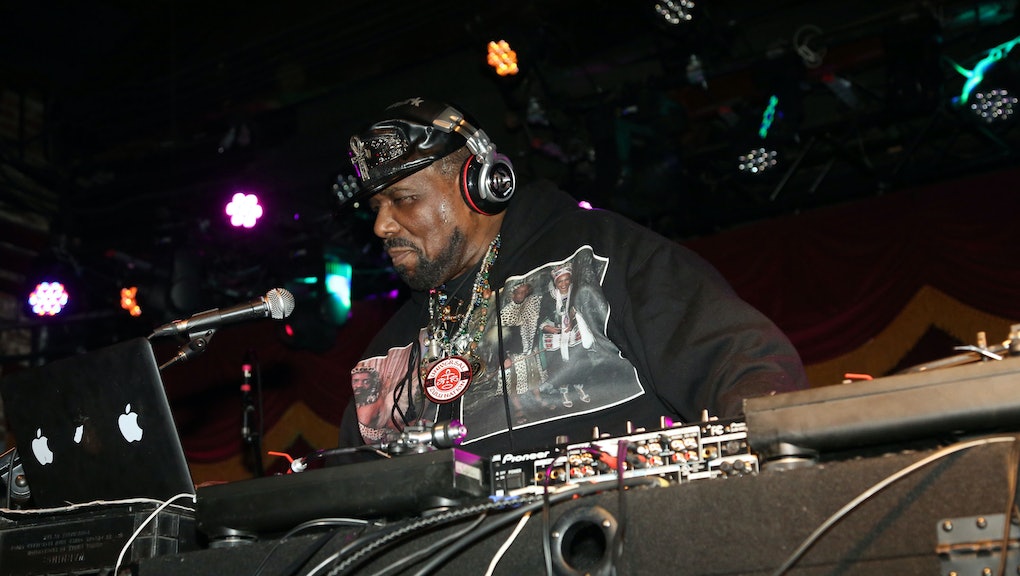 Afrika Bambaataa, One of Hip-Hop’s Legends, Has Been Accused of Child Molestation

Hip-hop's most seminal year was arguably 1979, when hit songs "Rapper's Delight" and "Planet Rock" took over America's airwaves. At the center of it all was a DJ from the Bronx named Kevin Donovan, whose stage name Afrika Bambaataa has become synonymous with the roots of hip-hop.

But in shocking new claims, former New York State Democratic Committee member Ronald Savage says that, as a 13-year-old in that same year, Bambaataa molested him.

"I was a kid when this happened," Savage recently said in a phone interview with New York City radio host Star. "I wanted to be down with the in-crowd, not really understanding that what Bambaataa was doing to me was molesting me. I knew it was wrong. I had these feelings that were like, 'Yuck.'"

The Universal Zulu Nation released a statement on Friday afternoon. It reads, in part:

Savage recounted his experience in graphic detail. "The very first time that this ever happened to me, I was in school and I was cutting," Savage said. "I needed a place to go, so I called Bambaataa to see if I could go and hang out at his house. I had no knowledge of none of the stuff that Bam' does. When I went over to Bam's house, he had me go over to his room. I was watching television. That's when Bam' came over and he had took his penis out and he had started jerking it off — masturbating. And he asked me to do it. I'm looking at him like, 'What?' He told me that it was okay."

"At that time, I have this big guy, Afrika Bambaataa of the Zulu Nation ... I was confused," he continued. "I really didn't know what to do, but I wanted to be down. So I did take it out and Bam' told me to jerk it. I didn't know what 'jerk it' meant at that time. So he actually jerked it for me."

Savage plans to take legal action, though it's not clear how New York state's 30-year statute of limitations on such alleged crimes will effect his plans. "At this point in time, it took this long to come forth, so I needed telling the story to happen before considering a meeting" with Bambaataa, Savage said, referring to his claim that Bambaataa has tried meeting up with him recently to discuss the claims.

You can listen to the full interview below:

Bambaataa has not yet addressed the allegations publicly.