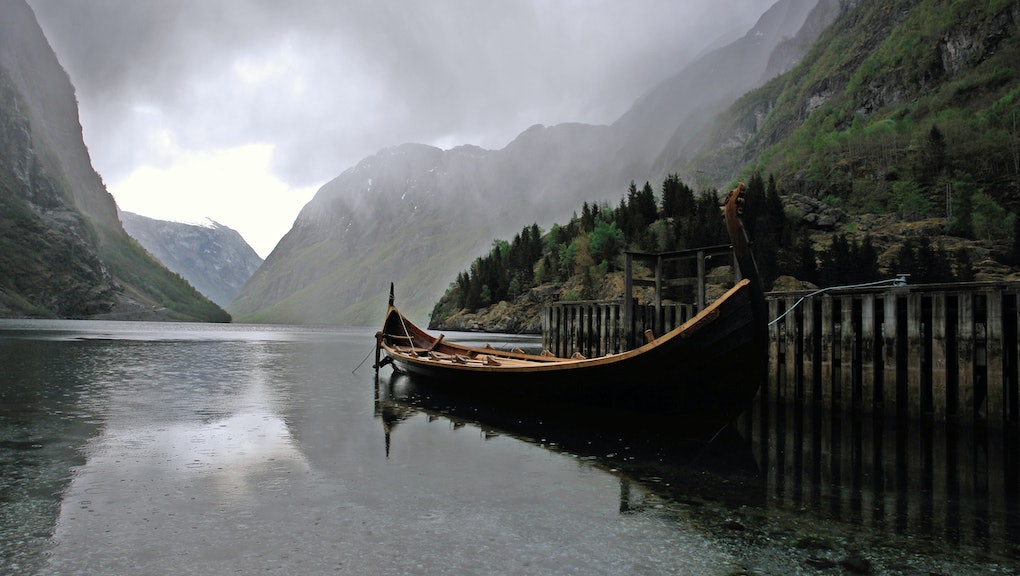 Satellite imagery of Point Rosee in Southern Newfoundland in Canada has revealed a surprising discovery: an ancient Viking site that has the potential to rewrite the history of North America.

The new site is several hundred miles south of the only other Viking site in North America, called L'Anse aux Meadows.

"L'Anse aux Meadows fits well with that story but is only one site. Point Rosee could reinforce that story or completely change it if the dating is different from L'Anse aux Meadows. We could end up with a much longer period of Norse activity in the New World."

"Space archaeologist" Sarah Parcak made the discovery by studying vegetation in satellite images. Ancient structures like the Vikings built can change the surrounding soil and affect much water it can absorb. That, in turn, affects how much vegetation can grow. When Parcak spotted a dark patch in satellite images, she knew she was on to something.

Last year, Parcak led a team to Point Rosee to see if she was right. There they found an iron-working hearth and the remains of a turf wall. (You can view photos of the hearth on National Geographic.)

They don't have enough evidence yet to say for sure that Vikings built the hearth and wall, but experts say the remains look promising. Archaeologists will resume excavation in the area this summer. And this site may be just the beginning.

"For a long time, serious North Atlantic archaeologists have largely ignored the idea of looking for Norse sites in coastal Canada because there was no real method for doing so," Bolender told National Geographic. "If Sarah Parcak can find one Norse site using satellites, then there's a reasonable chance that you can use the same method to find more, if they exist. If Point Rosee is Norse, it may open up coastal Canada to a whole new era of research."