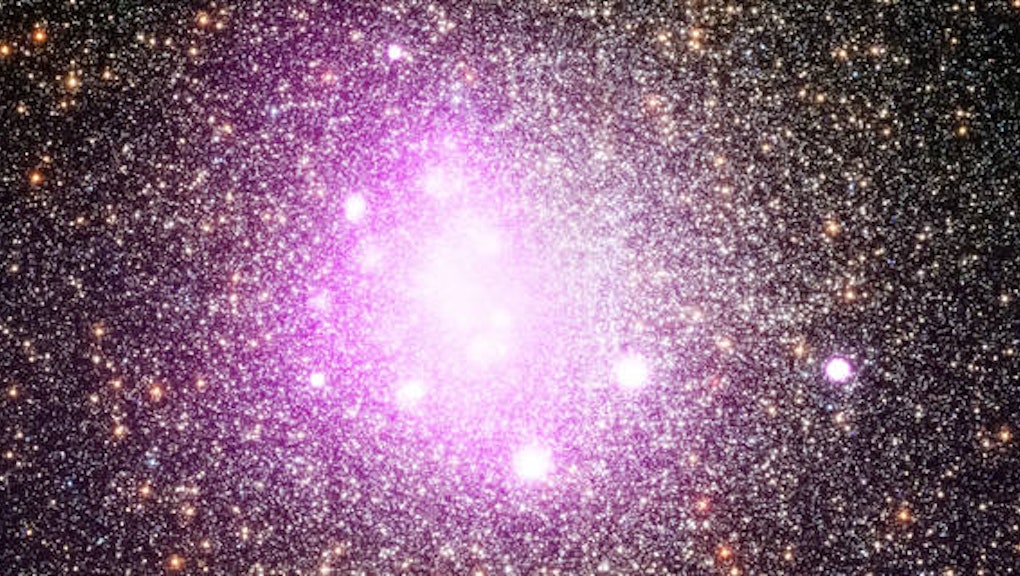 Astronomers just discovered a bizarre star unlike anything we've ever seen before, according to research published in the journal Science.

The star, which astronomers have nicknamed "Dox," has an outer layer that is 99.9% oxygen, making it the most oxygen-rich atmosphere ever discovered. (Earth's atmosphere is only about 21% oxygen.)

Previously, astronomers didn't think it was possible for anything like this to exist, and it's challenging our understanding of stellar evolution.

The discovery "was incredibly unexpected," astronomer Kepler de Souza Oliveira told Popular Mechanics. "And because we had no idea anything like it could even exist, that made it all the more difficult to find."

Dox is what astronomers call a white dwarf. Many stars eventually evolve into white dwarfs, which are dense objects made of the remnants of a star's helium and hydrogen core.

But white dwarfs usually have lots of hydrogen and helium in their outer layers because those elements are so light they float to the top. But it looks like Dox has lost all its hydrogen and helium and traces of any other elements. In fact, Kepler says oxygen shouldn't even be present in a white dwarf of this size. Normally oxygen only shows up in much heavier white dwarfs.

"This chemical composition is unique among known [white dwarfs] and must arise from an extremely rare process," Boris Gänsicke, an astronomer at the University of Warwick, wrote in a paper accompanying the new research.

Kepler thinks Dox may have formed when the white dwarf absorbed material from a neighboring star, heated up and then exploded, blowing away all other elements except oxygen.

Astronomers will search for more white dwarfs like it to help them better understand how Dox formed.