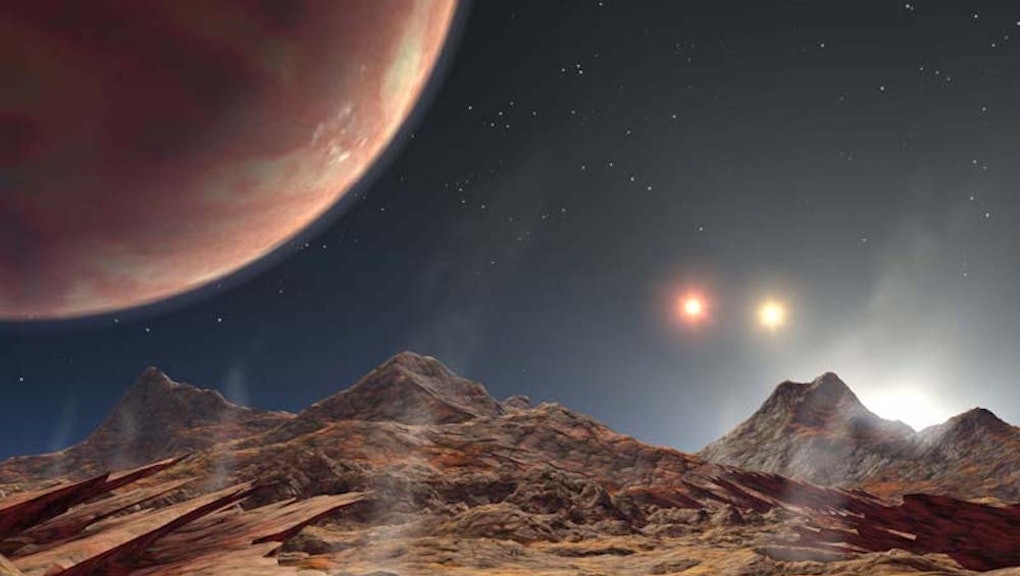 Planets that orbit two stars are a dime a dozen in the universe.

But now astronomers have found a much rarer triple-star system.

If you stood on the exoplanet called KELT-4Ab, you'd see a three-sun sunset. It's only the fourth triple-star system ever discovered.

The planet is orbiting really close to one star called KELT-A, which serves as its sun. It only takes three days for the planet to circle the star. The other two stars in the system are called KELT-B and KELT-C. The pair are much farther away from the planet and take about 4,000 years to circle around KELT-A.

The researchers behind the discovery say if you were standing on this planet, KELT-A would look about 40 times bigger than our sun. KELT-B and KELT-C would appear no brighter than the moon.

Astronomers have known about the KELT system for a while, but previously KELT-B and KELT-C looked like they were one star.

This is the closest three-star system we've ever found to Earth, so the researchers think we could learn a lot from it.

The planet is what astronomers call a "hot Jupiter," because it's about the size of Jupiter and extremely close to its star. These types of planets are puzzling to astronomers because gaseous planets shouldn't form so close to their host stars.

"Hot Jupiters aren't supposed to exist. None of them," Jason Eastman, lead author on the new research, told Space.com.

Studying KELT-4Ab could help astronomers figure out how and why hot Jupiters form.