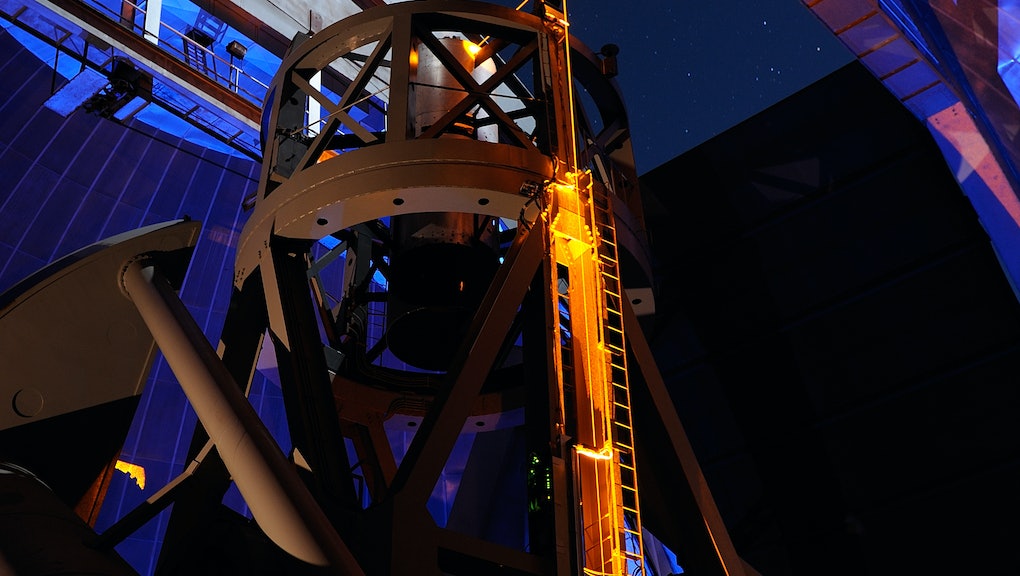 Astronomers are actively searching for signs of life beyond Earth — but what would happen if aliens discovered us before we discovered them? It's certainly a possibility, if any alien life out there has figured out the same method that we use to study planets orbiting other stars.

When a distant planet passes in front of its star, it creates a dip in the star's light and the backlit shape of the planet becomes visible:

This is how astronomers identify and study exoplanets, so it seems plausible that other intelligent life could have figured out the same technique. So while we're staring through our telescopes out into the universe, searching for exoplanets, someone else might be staring right back at us.

It's a pretty unsettling thought. Especially if the aliens turn out to be hostile.

That's why astronomers David Kipping and Alex Teachey from Columbia University have proposed a laser device that would shield the Earth as it passes in front of any alien telescopes fixated on our sun. Shining a 30 megawatt laser for 10 hours every year would be enough to prevent a noticeable dip in starlight as the Earth passes in front of the sun, they say.

But that's only enough power to disguise Earth on the spectrum of visible light. If we wanted to shield Earth across all wavelengths of light, Kipping and Teachey admit we'd need a much more powerful laser with somewhere around 250 megawatts of power.

While we're staring through our telescopes out into the universe, searching for exoplanets, someone else might be staring right back at us.

Not everyone thinks a laser cloak is a good idea, though. In fact, a laser shield might end up making us look even more suspicious to aliens gazing at Earth from afar, according to Seth Shostak, an astronomer at the Search for Extraterrestrial Intelligence Institute.

"To do this over all the wavelengths of visible light would require a lot of energy," Shostak told CNN. "And you know what? If they've already found Earth, and then suddenly see it 'disappear,' that's a signal that we're here."

In other words, a laser cloak might end up giving us away, rather than protecting us.

And if you really want to make your brain explode, consider that we might be surrounded by alien civilizations that are just shrouded by their own laser cloaks.