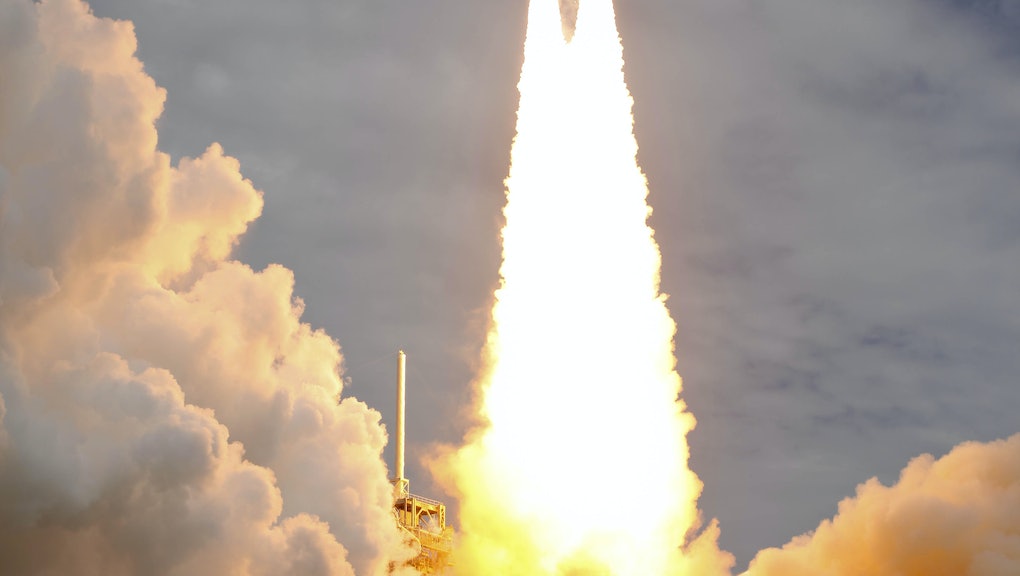 If We Don’t Solve Climate Change, NASA Space Exploration Will Be at Risk

Climate change threatens one of the most important organizations that studies it.

NASA's Kennedy Space Center is the country's busiest space port, with about 30 launches scheduled so far this year. It hosts commercial companies like SpaceX and United Launch Alliance, and sees over one million yearly visitors who come to watch launches and learn about space and climate science.

But the space port sits just a quarter of a mile from the Atlantic. By some estimates, melting ice sheets could cause a five or six foot sea level rise by the end of the century, according to a new study, the New York Times reported.

That could cause flooding and serious damage to the NASA facility — and even stall launches — if the agency doesn't start building protective barriers, or start what would likely be a multi-billion dollar moving process.

The Kennedy Space Center isn't the only facility at risk. NASA's Ames Research Center, the Johnson Space Center and the Michoud Assembly Plant also sit near the coast. In fact, about two-thirds of all the land NASA manages sits within 16 feet of sea level, according to the Times.

"NASA coastal centers that are already at risk of flooding are virtually certain to become more vulnerable in the future," NASA's Climate Adaptation Science Investigators group wrote in a report.

Moving locations isn't ideal — launching over water is far safer than over land, where people are at risk if a launch goes wrong.

NASA has studied climate change for years, but unless policies change, there's not much the organization can do about the growing threat.