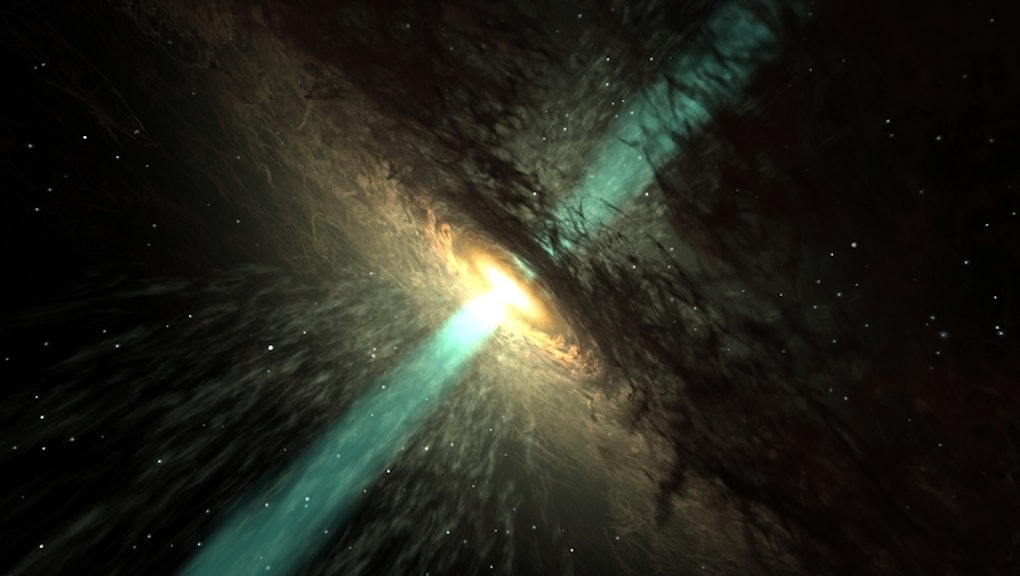 Black holes are one of the most mysterious objects in the cosmos, and they just got even more bizarre.

Every once in a while, a black hole will emit a burst of radiation called a jet, which can outshine all the stars in the surrounding galaxy. Astronomers think these jets come from a ring of hot material around the black hole, called a quasar.

Previously, astronomers thought there was a limit to how bright these jets could shine. When electrons in black hole jets heat up to over 179 billion degrees Fahrenheit, they reach a tipping point and start producing gamma rays and X-rays and rapidly cool down.

But astronomers observing a quasar called 3C 273 in a distant galaxy were shocked to find black hole jets hotter than 18 trillion degrees Fahrenheit.

"This result is very challenging to explain with our current understanding of how relativistic jets of quasars radiate," astronomer Yuri Kovalev said in a statement.

The team got these results using a radio space telescope linked to several ground telescopes. They're collectively called RadioAstron, and when they're linked together, it's equivalent to using a telescope the size of eight Earth diameters. Their resolution is about 1,000 times finer than the Hubble Space Telescope.

The astronomy team will need further research to figure out how 3C 273's jets got so hot.