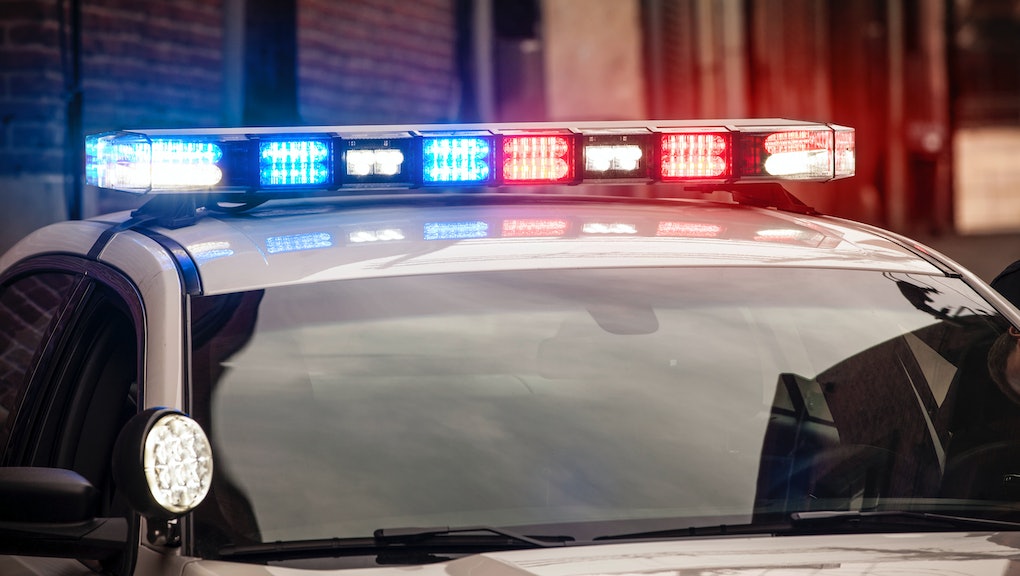 Three little letters spelled out "discrimination" for one Michigan man — and those three letters are "H-I-V."

Protesters gathered outside of the Cass County Courthouse on Monday, chanting "Cass County stop the hate," in support of Corey Rangel, who several protesters say is being discriminated against because he is HIV-positive.

"This is about his HIV," Kelly Doyle, of the Michigan Coalition for HIV Health and Safety, told Fox 28. "He is being discriminated against."

According to Rangel, police officers pulled him over for a loud muffler on March 12. Rangel didn't have corrective lenses on, he didn't have proof of insurance and he was out after curfew. He was violating his probation, which is the result of drug-related arrests during a 10-year crystal meth and alcohol addiction.

However, it was when Rangel went to adult treatment court and disclosed his HIV status that the real issue started, he said. Rangel was told he would be held in jail, according to ABC 57. According to Steven Grinnewald — the director of public safety in Dowagiac, Michigan — officers involved in the process were tipped off by the Michigan Department of Corrections about sexually explicit photos. The officer then began calling contacts who were in the pictures.

"When adult treatment court got involved, they asked for my phone and they started calling people in my phone, asking them questions of sexual nature, trying to disclose my HIV status," Rangel told Fox 28.

One of the people police contacted was Rangel's friend, Nicolas Santana. He said officers tried to get him to discuss Rangel's HIV status without using the term "HIV."

"It was more, [the officer] brought it out of me," Santana told ABC 57. "Asking if I knew about [Corey], and that's when, 'cause I didn't want him to construe words [or] make any kind of guilt, I said, 'Oh, his status, you mean that he's HIV-positive, undetectable,' and he's like, 'Yeah, that.'"

"Undetectable" is a clinical term used to describe an HIV-positive person who is taking HIV medications and managing their health to the point that the amount of virus in their blood is so tiny that they are not likely to transmit HIV.

Technically, according to Dowagiac police officers, they never revealed Rangel's HIV status to anyone, which would have been a violation of Michigan law. In many states, HIV-criminalization laws also make it illegal for someone with HIV to sleep with another person without disclosing their status. Michigan is one of those states.

Afterward, Rangel said he was thrown out of the drug treatment program.

"I'm really thankful for my sobriety. I'm 13 months sober this week, and I've never been able to do that myself," Rangel told Fox 28. "So these people, this program has helped me." Rangel added that he felt "a little betrayed."

The American Civil Liberties Union of Michigan has now joined the effort to support Rangel. In a letter to Rangel's case manager at the Cass County treatment program, Fox 28 reported an ACLU attorney wrote:

The fact that a person is HIV-positive does not create a presumption that they are not informing their sexual partners of their status or that they are putting other people at risk for transmission of HIV. If Mr. Rangel's account is correct, what occurred is both disturbing and clearly in violation of Michigan law. Both the Cass District Adult Treatment Program, as well as the Dowagiac Police Department, should be informed and aware of their responsibilities under Michigan's HIV confidentiality law and what happened with Mr. Rangel should have never happened.

This is not the first time police in Michigan have been accused of misstepping when it comes to a person's HIV status. In September, Michigan resident Shalandra Jones received a $40,000 settlement from the city of Dearborn, Michigan, when she was ticketed solely for not disclosing her HIV status.