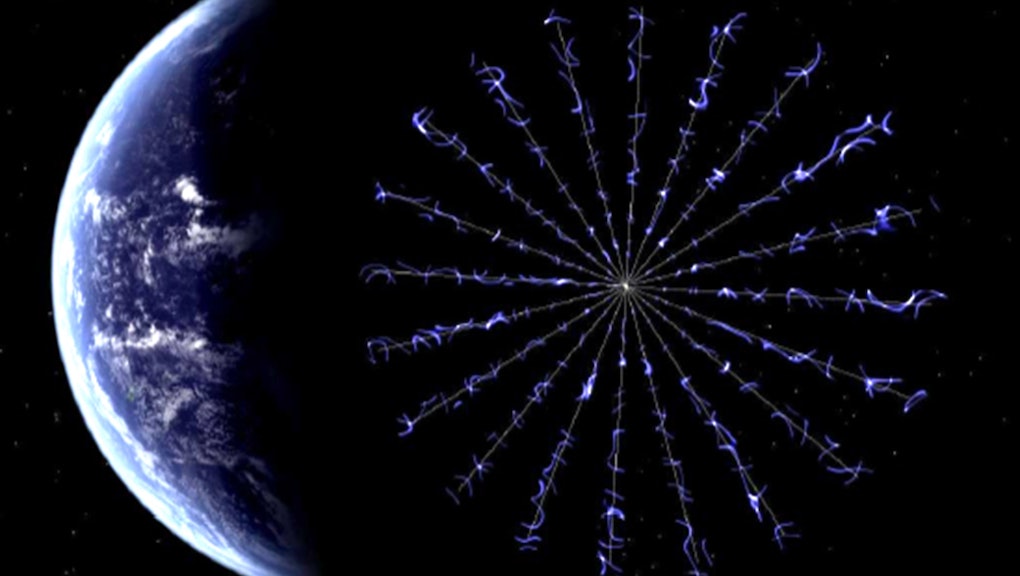 Scientists are working on a type of propellant-free propulsion system that could help us reach the outer edges of the solar system "faster than ever before," according to NASA.

It's called the Heliopause Electrostatic Rapid Transit System, or HERTS, and it will act as an electric sail (called an E-Sail) that will ride the solar winds coming from our sun.

The sun is constantly emitting solar wind — streams of high-energy charged particles and plasma. NASA engineers' proposed sail is made of a web of super-long, super-thin aluminum wires that would electrostatically repel the protons in the solar wind. That repulsion will give the spacecraft its push.

"The sun releases protons and electrons into the solar wind at very high speeds — 400 to 750 kilometers per second," Bruce Wiegmann, a NASA engineer, said in a statement. "The E-Sail would use these protons to propel the spacecraft."

Each of the proposed wires is only about 1 millimeter wide but spans over 12 miles. The sail will also have an electron gun to funnel away excess electrons, so the sail maintains its positive charge and can continue repelling protons.

The big advantage of an electric sail: Since the sun is constantly emitting a stream of solar wind, the potential for acceleration is pretty much unlimited. That means a HERTS-powered spacecraft could travel farther and faster than any of our current spacecraft.

We could start exploring more of the solar system and make discoveries at a much faster rate.

For example, it took the Voyager 1 spacecraft almost 35 years to get beyond our solar system and reach interstellar space. An E-Sail could dramatically reduce that time.

"Our investigation has shown that an interstellar probe mission propelled by an E-Sail could travel to the [edge of the solar system] in just under 10 years," Wiegmann said. "This could revolutionize the scientific returns of these types of missions."