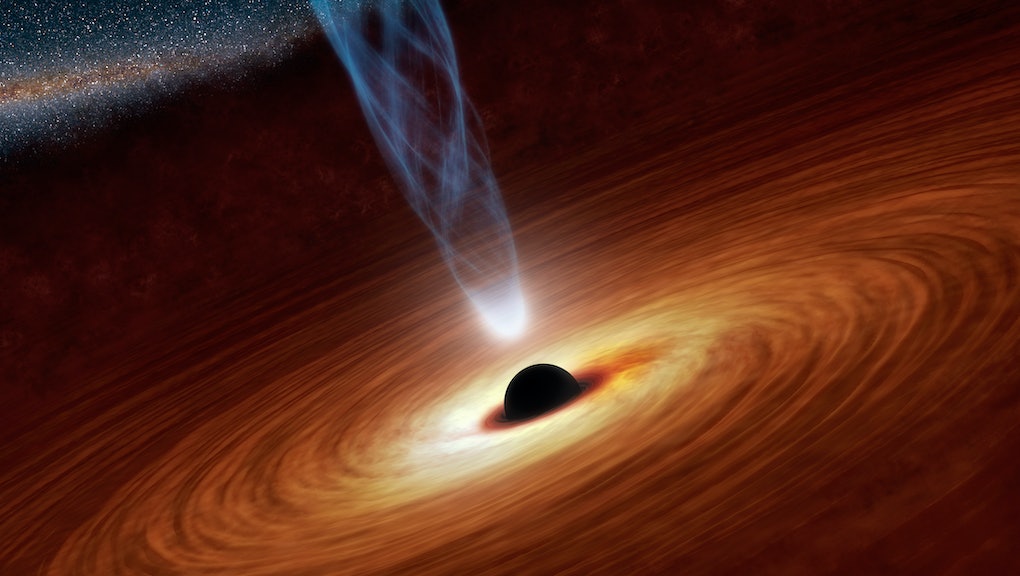 Black holes — massive objects that even light can't escape from — are one of the most mysterious objects we know about. But there's one particularly perplexing black hole mystery that physicists can't figure out: Can anything escape from them, and if so, how?

Some physicists think black holes have a "firewall," or a barrier that instantly incinerates any matter that falls into it. The problem is the idea of a firewall doesn't fit in with older theories we have about black holes, and scientists are never quick to abandon long-held theories.

The problem is you need both Einstein's theory of relativity and quantum mechanics to describe a black hole, and those two theories do not get along well. This firewall theory directly pits the two against each other.

The firewall "shakes the foundations of what most of us believed about black holes," Raphael Bousso, a string theorist, said in 2013. "It essentially pits quantum mechanics against general relativity, without giving us any clues as to which direction to go next."

Quantum mechanics seems to suggest a black hole firewall exists. But the idea of a firewall violates a huge tenant of Einstein's relativity. In its simplest terms, free-falling in a black hole should be the same as floating in empty space. That's impossible if the object free-falling through a black hole gets incinerated.

This new paper about firewalls offers a step toward unraveling how they behave and how we might reconcile them with relativity.

The authors argue that a firewall wouldn't be stuck in one place inside a black hole. It could reach beyond the edge of the black hole into a region of space where it could be observed from outside the black hole.

"If a firewall exists, not only would an in-falling object be destroyed by it, but the destruction could be visible, even from the outside," Misao Sasaki, one of the scientists who worked on the paper, said in a statement.

Dozens of papers have been written about black hole firewalls, and it's clear we'll need more research to figure out whether they really exist.