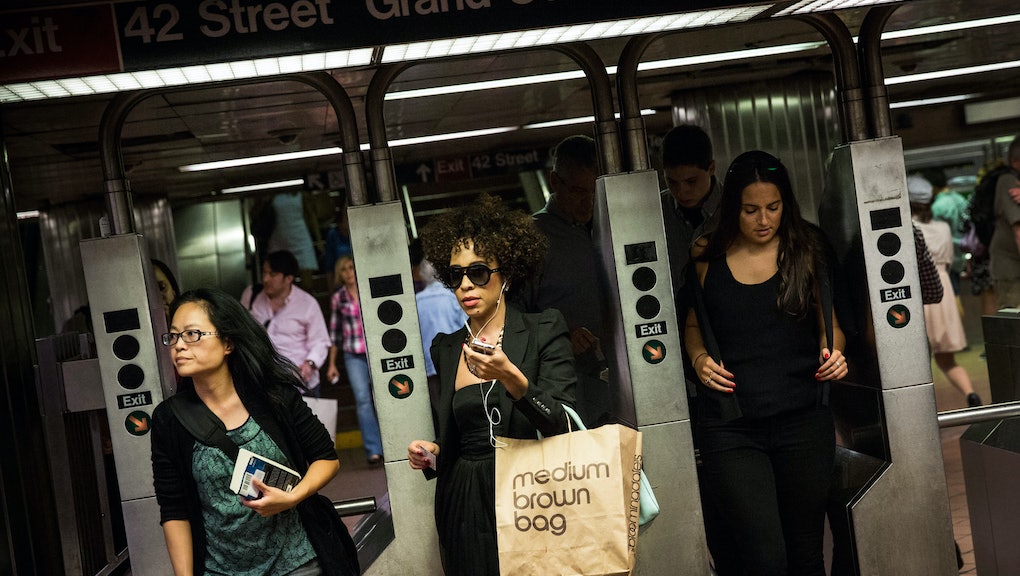 "[The incident] does not involve law enforcement," Napolitano said on Fox, according to a transcript published by Media Matters. "Every, if every unconsented-to touching could be a crime, you couldn't get in the subway. You'd be filing complaints against people every time you were jostled."

But in Napolitano's view, Fields is complaining for no good reason. After all, unwarranted touching happens all the time on New York City's subway, and everyone's fine.

Except it's not fine. The Metropolitan Transit Authority, which oversees much of New York City's massive transit system, has seen a considerable spike in reports of sexual abuse on its trains and buses. In fact, by the end of 2015, the system saw a nearly 33% jump in cases, according to the New York Daily News. Overall, subway sex crimes went from 620 reported cases in 2014 to 738 cases in 2015. Law enforcement attributes the jump in reported cases to heightened awareness.

But clearly that heightened awareness hasn't led to much empathy from people like Napolitano.