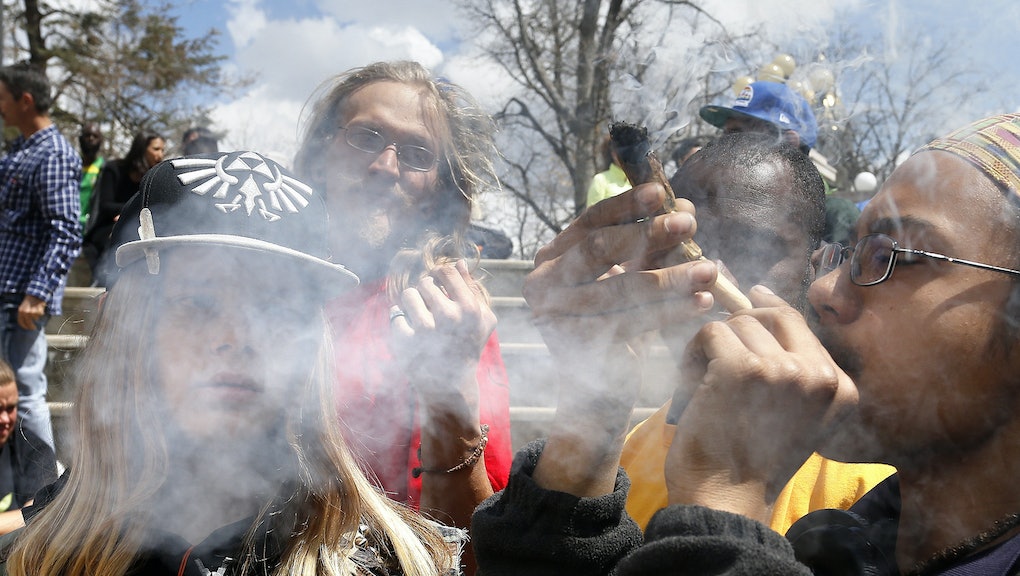 It’s 420, Which Means We Should All Think About How Awful U.S. Drug Policy Has Become

Let's face it: Drug policy in America hasn't ever made much sense.

Dating all the way back to its inception, what is or isn't allowed has often depended on who's using it. Which is to say that race has always mattered in America's race to ban or regulate certain substances.

Congress banned cocaine and opium in 1914 because of its supposed side effect of making black and Asian men attack white women. Agents with the Federal Bureau of Narcotics went after Billie Holiday in the 1930s because she allegedly did heroin and thought too highly of herself. And marijuana was banned in part because it was thought to inspire homicidal mania in Mexican migrants along the southwest border.

But as states like Colorado and Washington have legalized weed — generating millions of dollars in tax revenue — and as more and more states allow medicinal use of it, one thing has remained clear: The racist underpinnings of America's still-evolving drug policies are very much intact.

Take, for instance, the mind-boggling fact that arrest rates for blacks and Latinos in possession of weed are still disproportionately high in states that have legalized marijuana. It's stats like those that make many African-Americans leery of legalization efforts in various states, including California, which is poised to finally legalize weed after leading, and then losing, the nation on such efforts.

Mic's scripted series The Movement dug into some of this in one episode, which offered an intimate look at the industry's impact on one black family in Colorado. Viewers met Wanda James, Colorado's lone black female owner of a marijuana dispensary, who'd managed to cash in on the country's weed craze. Meanwhile, her brother, Rick, stayed on the industry's fringes because of a felony conviction for possession of weed years back. Take a look:

Is it any surprise that drug policies created with racist intent continue to have racially disparate impacts in America? Not really. That's a dose of reality that'll surely kill anybody's high.