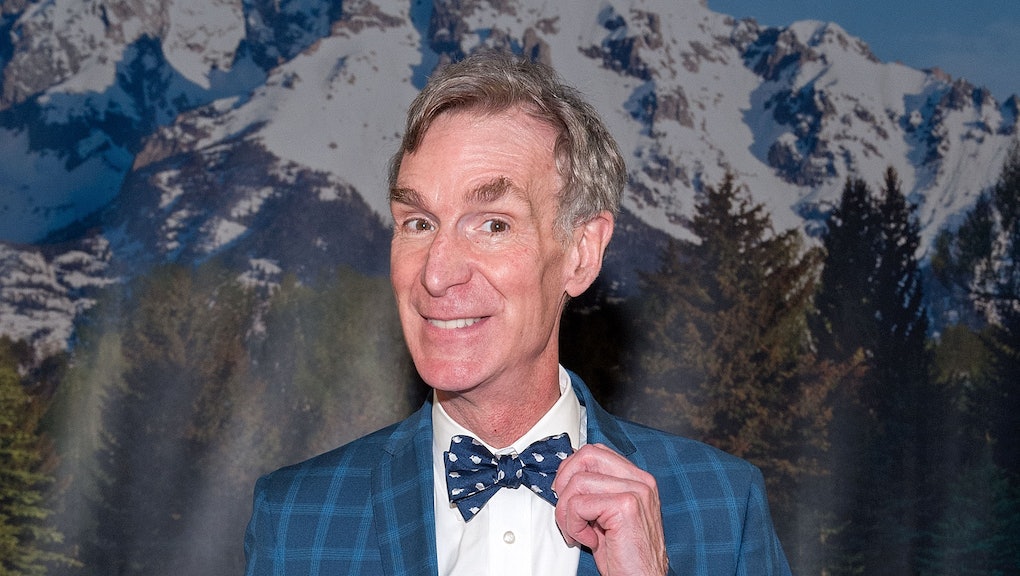 World leaders are gathering at the United Nations headquarters on Earth Day to sign an agreement aimed at curbing the devastating and snowballing effects of manmade climate change.

Some tech moguls and great minds like Elon Musk and Stephen Hawking think it's probably too late for humanity — we should get the hell out of dodge and colonize another planet.

Bill Nye the Science Guy has other ideas.

According to Nye, space exploration plays an important part in protecting our planet, but setting up an Earth 2.0 on Mars or the moon is not an option.

"The Earth is our home; there's no other place to go," Nye told Mic in a phone interview. "And this idea of going to live on Mars, it's not practical. This is it, man."

So why no plan B colony on another world?

"Do you call the McMurdow Station in Antarctica a colony?" Nye asked. "No. Mars is far, far more inhospitable than Antarctica. Far harder to get to. Far fewer resources. So having a scientific station there, that's cool. We're all into that. But having a colony where people are born and have their own Olympic Games and stuff, that's really so much more difficult than you might think."

But Nye does thinks space exploration itself is a critical part of Earth Day.

Understanding our place in the universe is why we send missions to places like Pluto, Mars and maybe one day Europa or another star system, Nye said. And that's why we need to keep on exploring.

Maybe we can use the same spirit of cooperation to find an effective way to fight back against climate change. We need a solution more than ever.