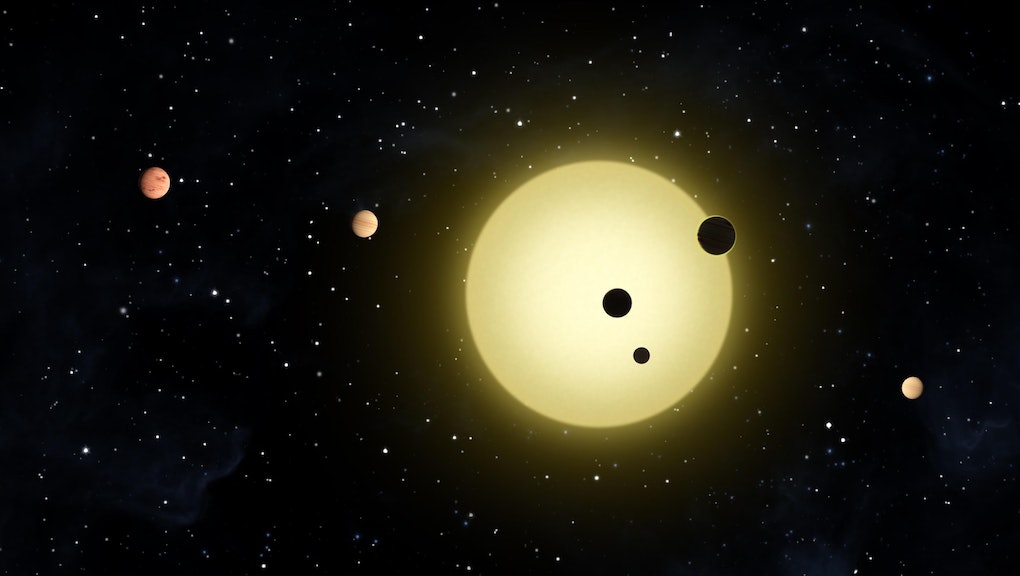 Even NASA officials have predicted we'll find life somewhere beyond Earth, and it could happen within the next two decades, they say.

If and when we do find life elsewhere in the universe, the consequences are hard to imagine.

"If we were to discover life on another world, it would change this world," television host and science educator Bill Nye told Mic in a recent phone interview. "It would change the course of human history."

Here are some of the most likely places we'll find alien life.

The red planet is an inhospitable hellhole (just ask Mark Watney). But there's evidence it used to be a more pleasant, watery world.

Scientists think it's possible Mars held life in the past, and there may even be microbial life lurking there now below the surface.

The case for life on Mars is even stronger since NASA confirmed there's still liquid water on the planet. NASA is planning to send humans to Mars who will be able to explore the planet much faster and more efficiently than our robotic rovers do.

This moon of Jupiter is one of the most intriguing bodies in our solar system. Scientists suspect it holds a vast watery ocean below its icy crust.

Some scientists think the hairline cracks you see all over Europa form when warm ocean water rises to the surface and pools in shallow lakes just below the crust. The heat causes the icy surface to crack.

If there's a warm ocean lurking beneath the surface, it could be the perfect environment for the kind of life we see in the deep waters of Earth's oceans.

"It's very reasonable that there's something alive there," Nye said. "We at the Planetary Society are now advocating for missions to Europa."

Enceladus is similar to Europa. It too is a moon that likely holds a vast subsurface ocean.

Scientists think that ocean occasionally breaks through the surface and shoots out in tall geysers. NASA's Cassini space probe has flown through those geysers several times and sampled them.

Titan is the only other body in the solar system with standing liquid on its surface (that we know of). That alone makes it a good candidate host for alien life.

Granted, those lakes are made of methane, but it's possible Titan holds a form of life that we're not familiar with. It might be one that thrives on methane.

One of the most popular origin-of-life theories is that the necessary ingredients for life to arise hitched a ride to Earth via meteorite.

We probably won't find fully fledged life on a meteorite that makes it all the way to the surface of Earth, but studying them could help us figure out how life got started on Earth.

Earth-like exoplanets in the "Goldilocks Zone"

Earth doesn't get hot enough to fry all life or so cold that it freezes everything. That's because it sits in what astronomers call the "Goldilocks Zone" or "Habitable Zone." This area is the distance a planet can be from its host star and still be capable of supporting life.

Scientists say there are likely trillions and trillions of planets outside our solar system. We've found about 2,000 of them so far. Some of those (about 33 as far as we can tell) are about the same size and composition of Earth and sit within the Goldilocks Zone of their stars.

That means all those planets are in the right position to potentially support life.

Unexplored corners of the universe

The universe is mind-bogglingly huge, so there could be tons of other planets ripe with life.

We need to get out there and explore.