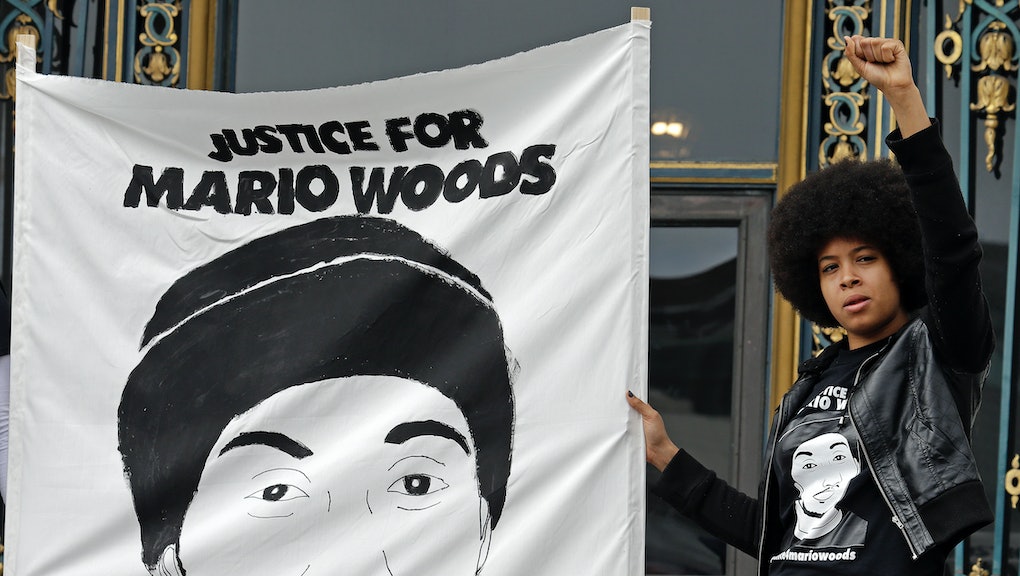 The release of racist text messages sent to fellow officers by former San Francisco Police Officer Jason Lai is helping to buck a racial narrative in which white officers perpetrate the bulk of police brutality and bias against blacks.

Lai, who allegedly sent text messages including epithets towards African-Americans, Latinos and Indians, is Cantonese-American, according to a report published Tuesday by CNN.

The officer resigned in early April over a related scandal that ensnared more than a dozen San Francisco police officers, invited a federal civil rights investigation of the department and heightened tensions with the city's communities of color.

In December, Police Chief Greg Suhr beat back activists' claims that racist attitudes in the department were deeply rooted after a police officer fatally shot Mario Woods, a 26-year-old African-American who was wielding a knife, in front of several witnesses. Lai's texts, however, are counter to Suhr's statement that he'd rooted out the bad apples in the department.

"I hate that beaner but I think the nig is worse," read one of the texts obtained by CNN. "Indian ppl are disgusting," read another. The texts also referred to NBA player LeBron James and President Barack Obama as n*ggers and included homophobic language.

Lai's involvement in the texting scandal comes after Asian-American activists across the country sought to speak out against real and perceived racism within their community. Activists with the organizing group Committee Against Anti-Asian Violence have said that racism within minority communities, while they don't carry the same weight as racism among whites, contributes to the oppression and injustice experienced disproportionately by African Americans.

In April, the CAAAV condemned the light punishment for New York City Police Officer Peter Liang, who was found guilty in February of manslaughter in the fatal shooting of Akai Gurley, an unarmed, 28-year-old African-American in a housing project stairwell in Brooklyn. Liang received a reduced sentence of probation from a New York judge on April 19.

"While the Chinese media and some Chinese leaders stood behind former Officer Peter Liang, as grassroots organizations working with Asian/Chinese Americans, we continue to stand with the family of Akai Gurley and other innocent victims of police killings to hold all police officers accountable, regardless of race," the group said in a statement released after Liang's sentencing. "We continue to affirm that if we believe in true racial justice, we cannot excuse an officer for killing an innocent unarmed black man because Peter Liang is Chinese or Asian like us."