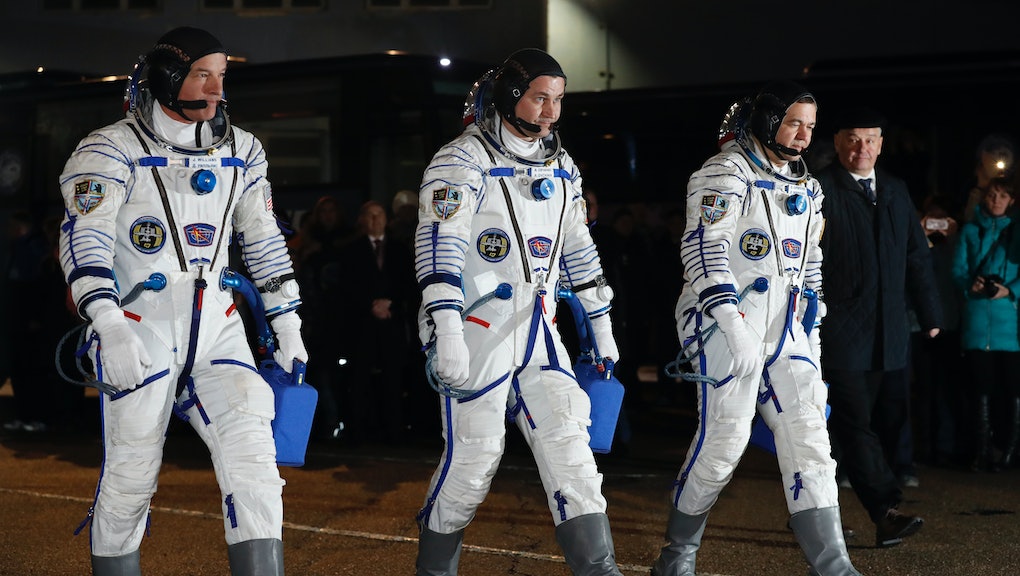 Space is the most hostile environment humans have ever ventured into. If we're going to keep exploring it, we need to have a thorough understanding of the consequences.

We already know a few things about how long-duration spaceflight affects our physiology. It can cause bone density loss, muscle shrinkage and vision problems, according to NASA.

That's just the beginning. We don't know much at all about how spaceflight affects things like our internal organs, our immune systems or our genes.

An experiment that sent mice into space onboard the shuttle Atlantis has provided some new insight. The results are a little unsettling: After just two weeks in space, the mice showed signs of nonalcoholic fatty liver disease, or NAFLD, and early indicators for the beginnings of fibrosis. NAFLD can lead to fibrosis, the same kind of problem that can develop in people who abuse alcohol.

Of course we can't make a direct comparison between the mice and human astronauts, but we have seen some related problems among astronauts who return to Earth.

"Prior to this study, we really didn't have much information on the impact of spaceflight on the liver," Karen Jonscher, lead author on the new study, said in a statement. "We knew that astronauts often returned with diabetes-like symptoms but they usually resolved quickly."

So it's clear that microgravity is having some kind of influence on astronauts' metabolisms, and this new study suggests it might be targeting the liver.

The most surprising part of the study is how soon the signs of NAFLD and early fibrosis set in.

"It generally takes a long time, months to years, to induce fibrosis in mice, even when eating an unhealthy diet," Jonscher said. "If a mouse is showing nascent signs of fibrosis without a change in diet after 13.5 days, what is happening to the humans?"

That's a big problem, because space travel takes a long time. Even getting humans to our neighbor Mars will probably take at least six months. That's six months in which astronauts will be vulnerable to the effects of things like microgravity and cosmic radiation.

However, since the experiment was so short, it leaves a lot of open questions. Some kind of mechanism might kick in after a while and help return the liver to normal.

"Whether or not this is a problem is an open question," Jonscher said. "We need to look at mice involved in longer duration spaceflight to see if there are compensatory mechanisms that come into play that might protect them from serious damage."

We might be able to learn more about how spaceflight affects the liver and metabolism of humans now that astronaut Scott Kelly is back on Earth after spending a year on the International Space Station.