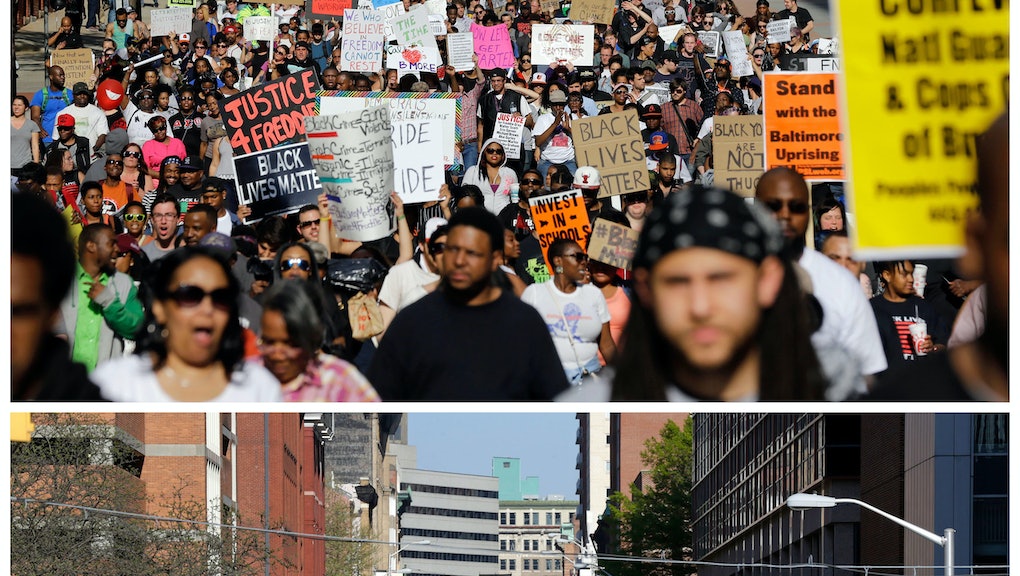 Will Baltimore’s New Mayor Deliver on Promises Made After Freddie Gray’s Death?

A year after Baltimore erupted in protest over the death of Freddie Gray, its residents have chosen the next mayor.

Pugh, who was involved in the protest movement sparked by Gray's death, ran on a platform of providing more opportunities for some of the city's most downtrodden residents.

"My message is about lifting the least of us while we lift all of us," Pugh said in her victory speech last night. "My message is that I understand that we have 77,000 unemployed people in this city. That we have 10,000 ex-offenders who come home every year to this city."

Pugh hinted at the ambitious agenda she plans to pursue, highlighting her plans to reinvigorate the city's business community in order to create new jobs.

"This begins what I consider to be a milestone, but more importantly a direction for our city," Pugh told supporters after Tuesday's victory. "My message is about lifting the least of us while we lift all of us. My message is that I understand that we have 77,000 unemployed people in this city. That we have 10,000 ex-offenders who come home every year to this city."

Pugh also cited her belief in community policing in her speech , saying, "we're going to build great neighborhoods throughout this city."

Pugh has run for mayor twice before, finishing as the runner-up in both elections. But her success this time around is thanks to the profile she built in the aftermath of Gray's death. The killing inspired riots across the city that lasted a week and caused an estimated $9 million in damages. 202 people were arrested.

Pugh appeared regularly at the riot's epicenter along Pennsylvania and North avenues trying to calm protesters and also showing support. Fox News criticized her for hugging a protester one year ago during the uprisings. That image — of Pugh embracing a young protester — resonated strongly with local black voters.

"When the uprising happened last year, Pugh was going around here front and center and showing how much she cared," Joyce Mitchell, a 69-year-old voter, told the Washington Post.

Pugh ran a campaign focused heavily on public safety, releasing an 11-page program last February that touched on everything from officer retention to ex-offender re-entry.

"I will ensure that our Baltimore Police Department adopts standards and policies of accountability and transparency beyond the minimum required by law," Pugh wrote. "I will not micromanage the BPD, but I will require that the department conform to a communal vision of our city."

But whether Pugh can turn that airtime into action is the real question. For starters, there's the Gray case, which is slowly making its way through the city's criminal-justice system.

Officer William Porter — one of six officers involved in Gray's death — stood trial last December, but the proceedings ended in a hung jury. The trials of Officers Edward Nero and Caesar Goodwin, Jr., who faces the most serious charge of manslaughter, have also been delayed; Nero's trial has been delayed while the while the state Court of Appeals decides whether Porter will need to testify.

Gray's case, and Pugh's advocacy on behalf of frustrated black voters, pushed Baltimore's long-simmering injustices into the national spotlight. But inevitably, that spotlight will fade, and the day-to-day work of governing will happen when the cameras are turned off or pointed elsewhere. Pugh was swept into office with a vision of police reform that Baltimore's residents are eager to see put into action. Baltimore's black residents exploded in protest after years of neglect. Now Pugh most prove that her vision for change is more than just words to win an election.