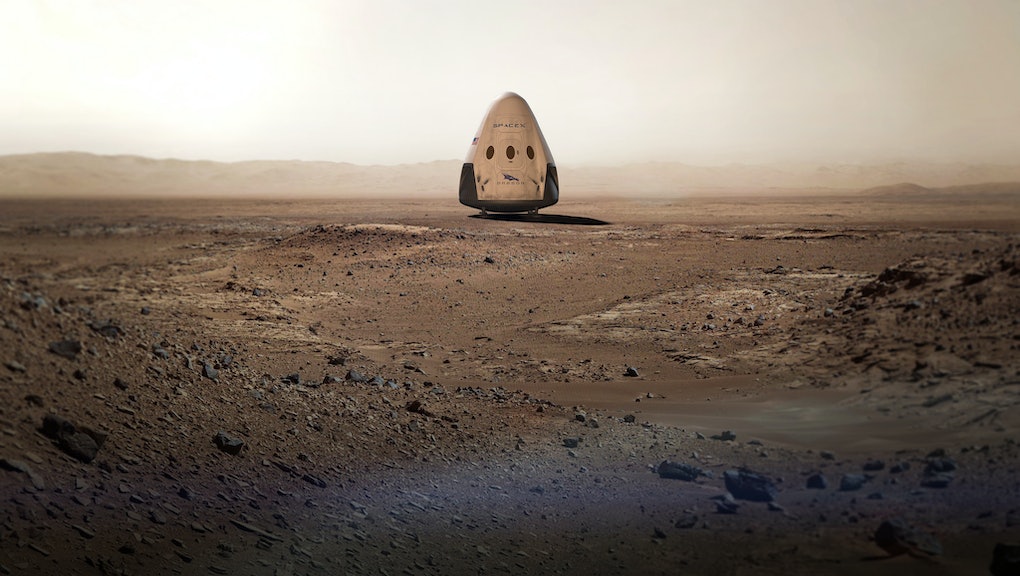 On April 27, Musk's rocket company, SpaceX, tweeted that a modified version of its Dragon space capsule could land on Mars as early as 2018. The details are pretty scary, though.

Musk said an unmanned mission to Mars will be the perfect way to test out its Dragon capsule:

There's already been talk of a collaborative Mars mission between NASA and SpaceX where NASA would use a modified Dragon 2 space capsule to collect Mars samples and bring them back to Earth.

That mission was never confirmed by either organization. But just this week, NASA and SpaceX added a Mars amendment to a larger agreement that already exists between the two. So now it sounds like SpaceX has the green light.

"Among the many exciting things we're doing with American businesses, we're particularly excited about an upcoming SpaceX project that would build upon a current "no-exchange-of-funds" agreement we have with the company," NASA deputy administrator Dava Newman wrote in a blog post. "In exchange for Martian entry, descent, and landing data from SpaceX, NASA will offer technical support for the firm's plan to attempt to land an uncrewed Dragon 2 spacecraft on Mars."

This unmanned mission to Mars would be a huge step forward in Musk's grand Mars plans. If SpaceX can prove that it can travel to, land on and return from Mars, it will likely press on with manned missions.

This year SpaceX is set to debut its Falcon Heavy Rocket, a rocket powerful enough to launch humans into space. And Musk has hinted at revealing plans for a Mars Colonial Transporter that would be capable of carrying 100 colonists to Mars at a time.